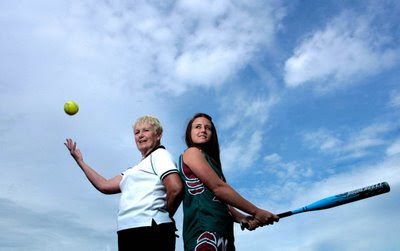 The New Brunswick Canada Games athlete articles have started, so I can now start posting some pix from the shoots. The first story is about Nicole Barry, who is playing on the women’s softball team for this year’s games in Prince Edward Island, and her grandmother Marlene Vaughan, who competed in softball in 1969.

The idea for this series was to do really cool portraits, which meant being able to take the time to do it right. Even before the shoot I tried to think up ideas for each athlete that would be better than the normal shots we take. This meant using flash, poses, and backgrounds in a more creative way.

I was also fortunate to have an assistant for many of the shoots, Tanner Cheeseman, who was an awesome assistant, especially considering I couldn’t pay him (but as the ad says, the experience was PRICELESS) You can view some of his work here. I also have to thank the editors for giving me 45 minutes to an hour for each shoot. That also means a big thanks to the athletes themselves for their patience with me!

One of the key things to using light effectively is being able to control it. While the bright light from the sun is usually great to have, the problem with sun is, you can’t control it. So when at all possible, you need to block it from the subject. This could be by having them backlit by the sun or having them in complete shade, which allows you to add the light with the flash.

The only problem when mixing flash and a full sun background is the large amount of light needed from the flashes to match the sun. This is where this baby comes in: 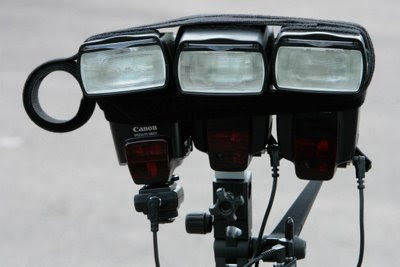 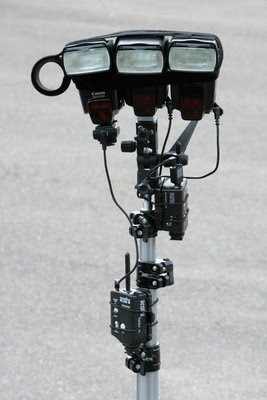 Yep…that three Canon flashes held together with a roll of velcro tape(if only Red Green knew about this stuff-I swear it is waaaaay better than duct tape!) You are wondering, why do you need so much power? Well, it’s because of the large amount of light I’m trying to match. The ambient exposure for full sun would be 1/250th of a second at F22 with ISO 400…at F22 at full power, the flash will only reach 1 meter if I’m lucky. Throw in two flashes at full power, we’ve got 2 meters of range. Three, make it 3 meters! For many of the shoots I didn’t need the flashes to be that far away, but some I did. 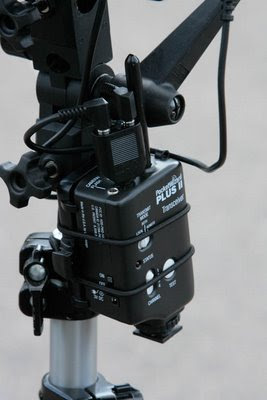 They are being triggered via Pocket Wizards, which are wireless transceivers that work way better than the Canon wireless flash system, which frankly…sucks!(I’ll be putting together a really long blog about this fact later, especially after some frustrations with these shoots and the Canon flashes) I just picked up the pocket wizards a few months ago, and I don’t know how I survived without them. (For anyone who has them, I used a simple headphone line splitter so I could trigger two flashes with one pocket wizard. Works fine as long as the flashes are the same type and voltage)
So here’s how it’s done.
1) Set up the subjects in the shade of the stands at Canada Games Stadium in Saint John.
2) Using the highest shutter speed possible when using flash (in this case, 250th. Most other cameras will be 1/200th or slower), balance the meter in MANUAL mode by selecting the proper aperture.
3) Turn on the flashes and position them to provide the right angle of light, and fire away! If the flashes are too bright, push them back or turn the power down. If they aren’t bright enough, bring them close to the subjects.

The main image was my fav, here are some other poses I liked. 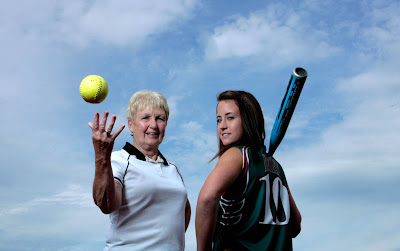 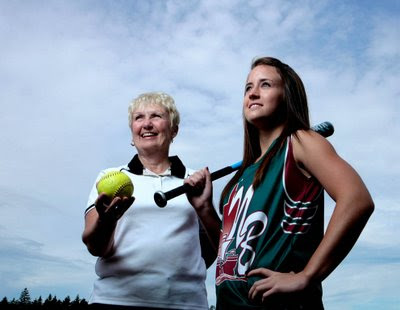 I also tried one with the Canada Games Stadium in the background. The problem here was that then they would be in the shade, and the words above them would also be shade. That meant no control over the light. So in order to get the same type of directional light with the flash, I had to overpower the shade with flash. This however meant the Canada Games Stadium would be too dark, so I had Tanner hold up a flash in the background to light up the letters. 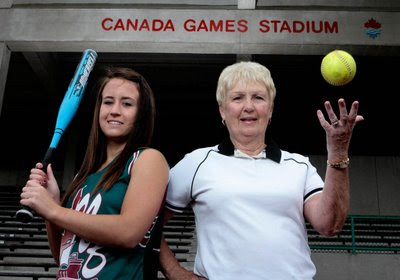