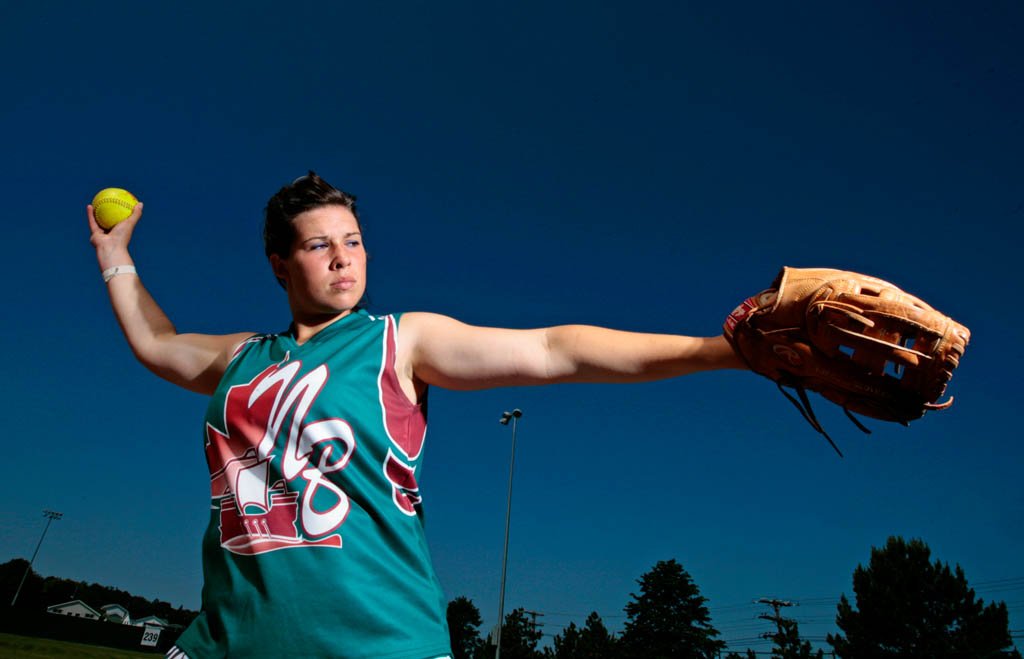 Today’s athlete shoot is of softball player Sam DeBortoli.
This was the second baseball/softball related shoot that I did, so I started up with something different.

The first set up was using the backstop as a background. I tried hitting the backstop with a flash on full power on a stand to light it up, using it low to create a more interesting angle to the light. 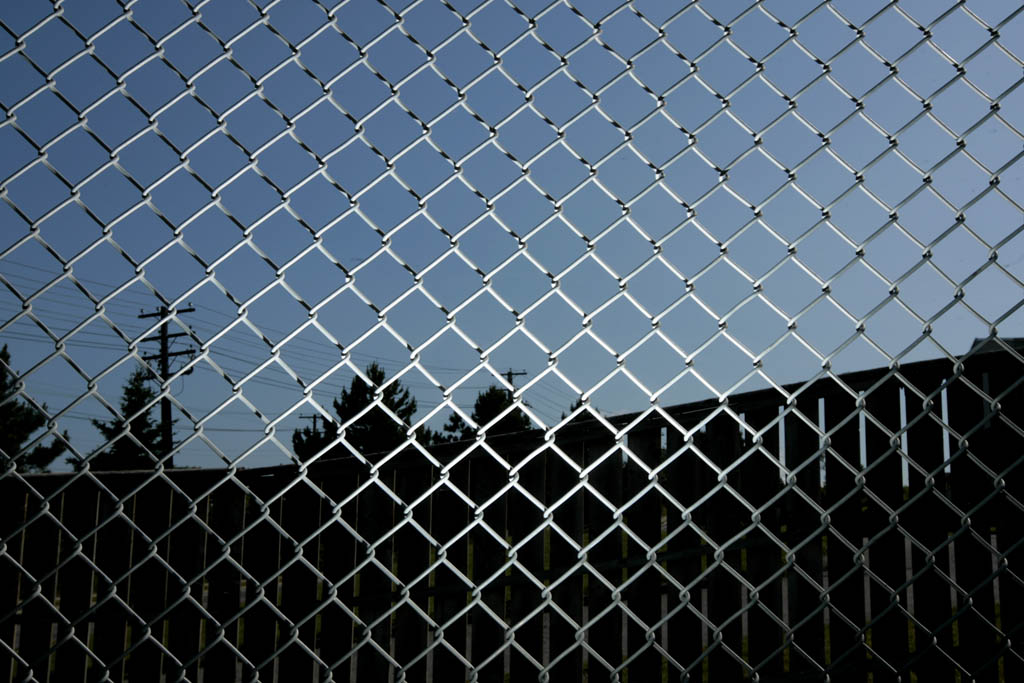 Then I used another flash to bring Sam out in front, and as you’ve already seen, the old toss the ball trick always works. 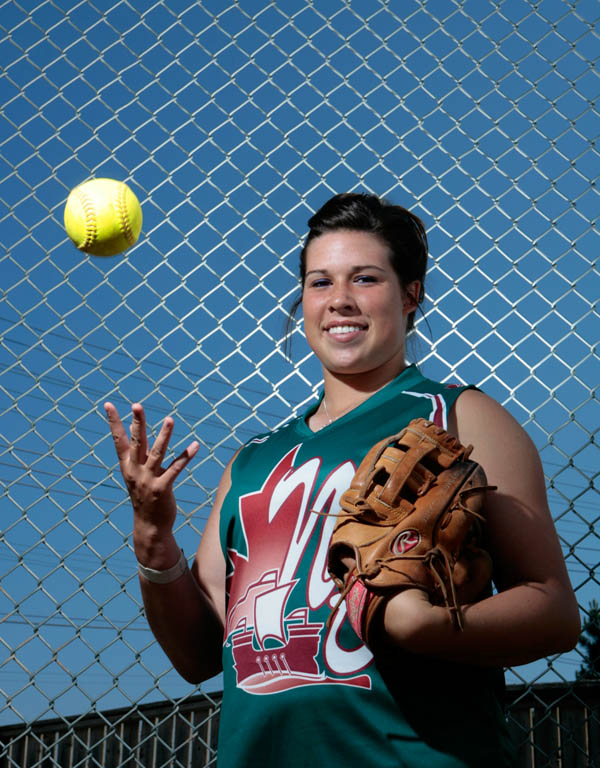 The photo below was the same set up, but I closed down the aperture a bit more to darken the ambient exposure of the sky. 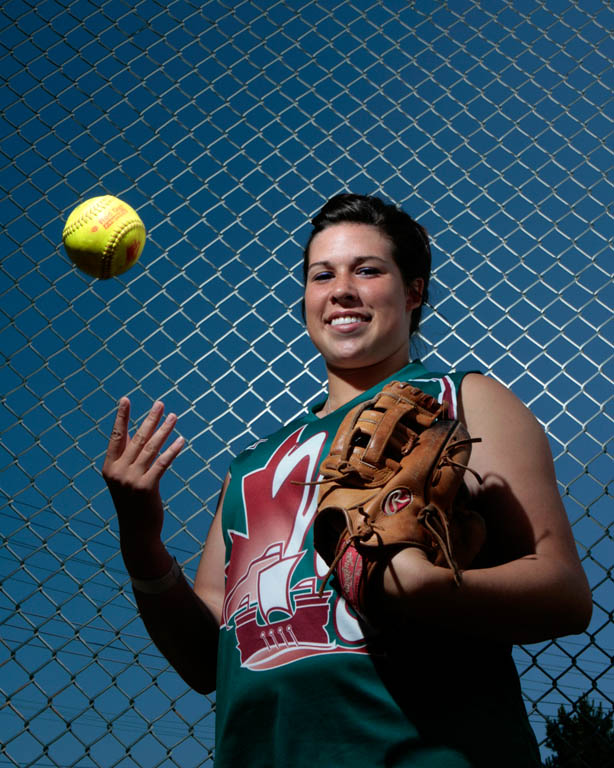 I then moved out to the pitching mound and tried a variety of set ups with Sam pitching. Now, the problem with the mound was that since Sam threw with her right hand, to get the right angle she would be under the sun light. The light was somewhat higher in the sky, so it didn’t light up her eyes very well, so I decided to overpower it with the flash. This was done using the three flashes velcro-ed together trick. 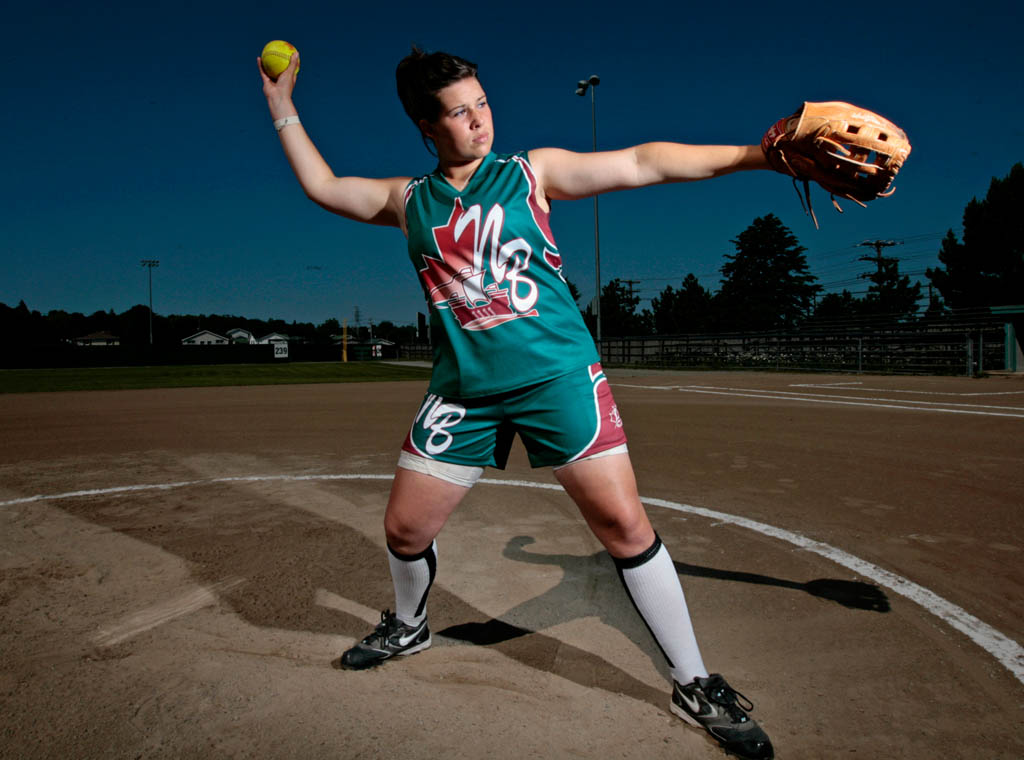 As you can see, there are two shadows in the photo, the one directly behind here from the sun, and the one to the left from the flashes. 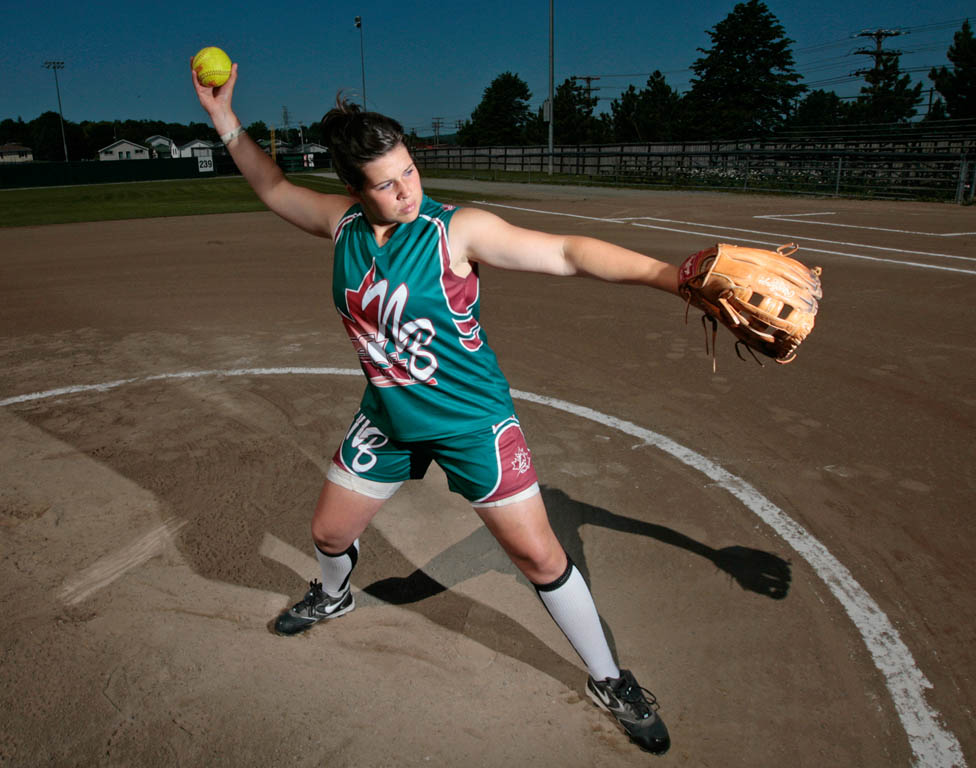 The other option I have is to make the ambient sun exposure lighter or darker by changing my shutter speed. The higher I go with the speed, the darker the ambient. The shot below is taken with 1/250th of a second. 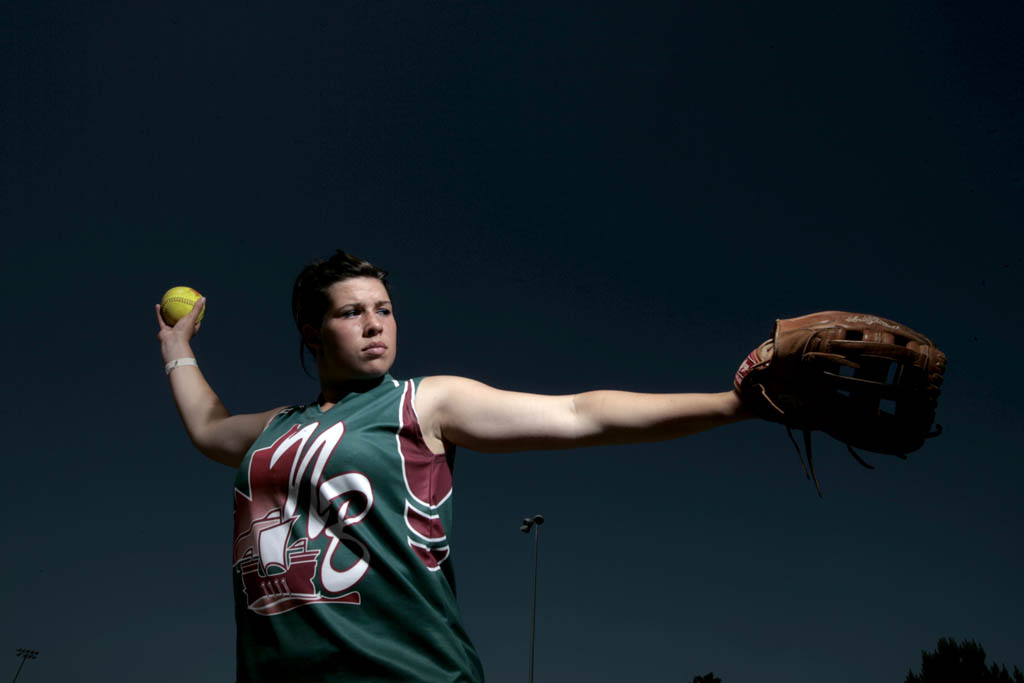 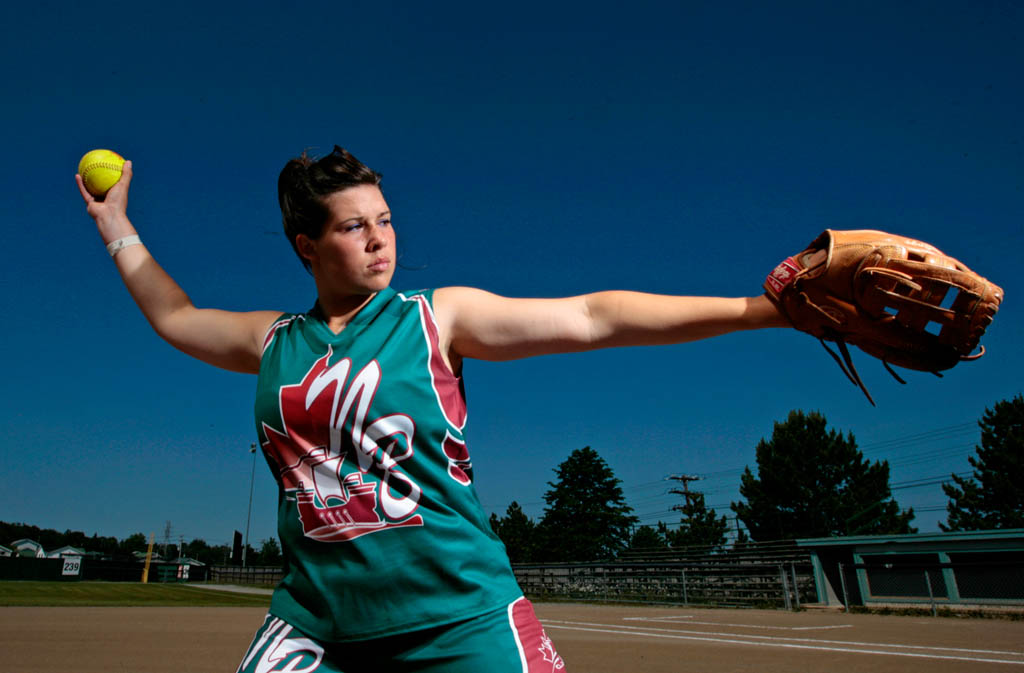 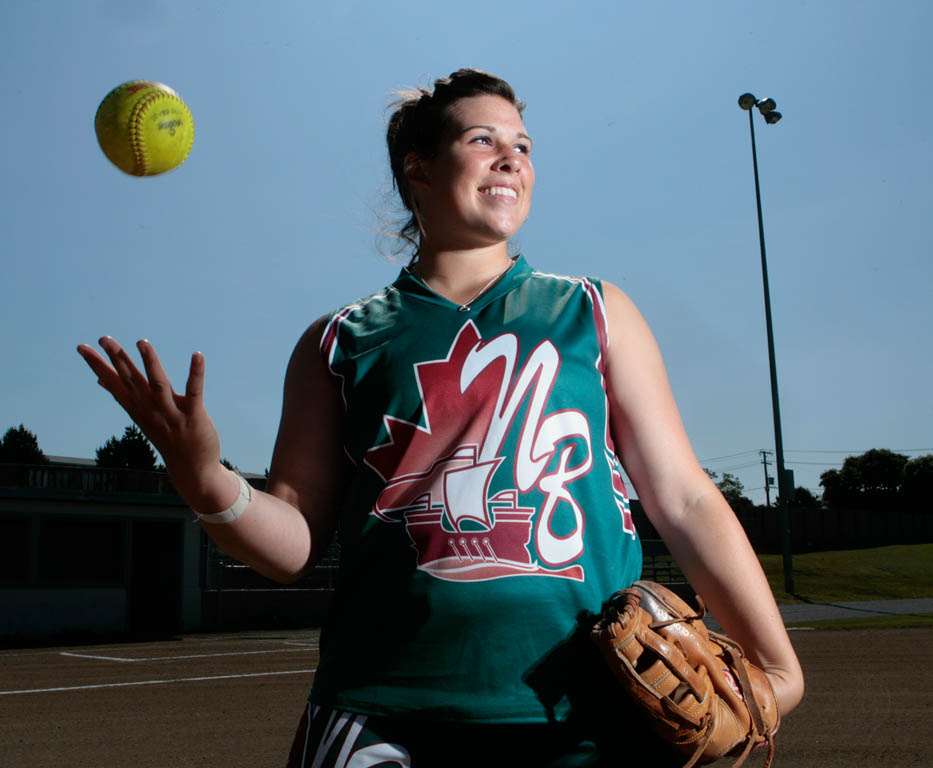 Again, the old toss the ball trick, but for this one I had her turn so she was completely backlit by the sun, allowing me to add the light I wanted on her. 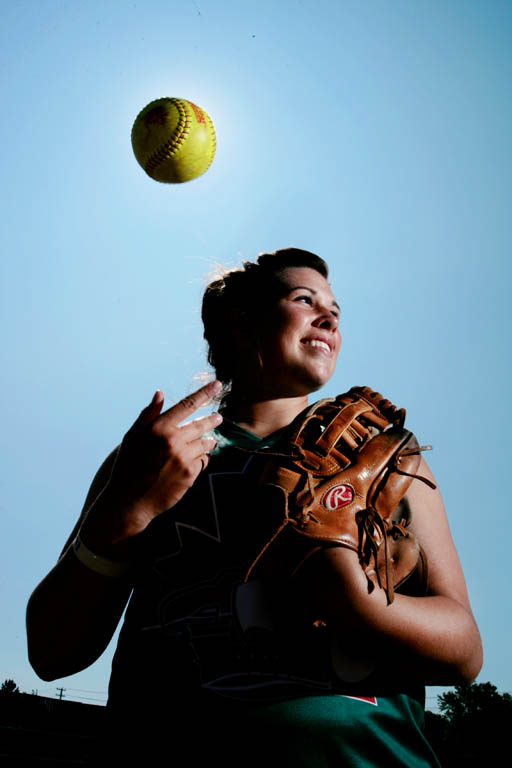 For this shot, I had her toss the ball up with the sun at the top of the frame. It took a few frames, but I was able to snag a shot with the ball covering over the sun, giving it a neat glow around it. This looks cool, but wait until I can show you my tennis shot using the same technique, it rocks! 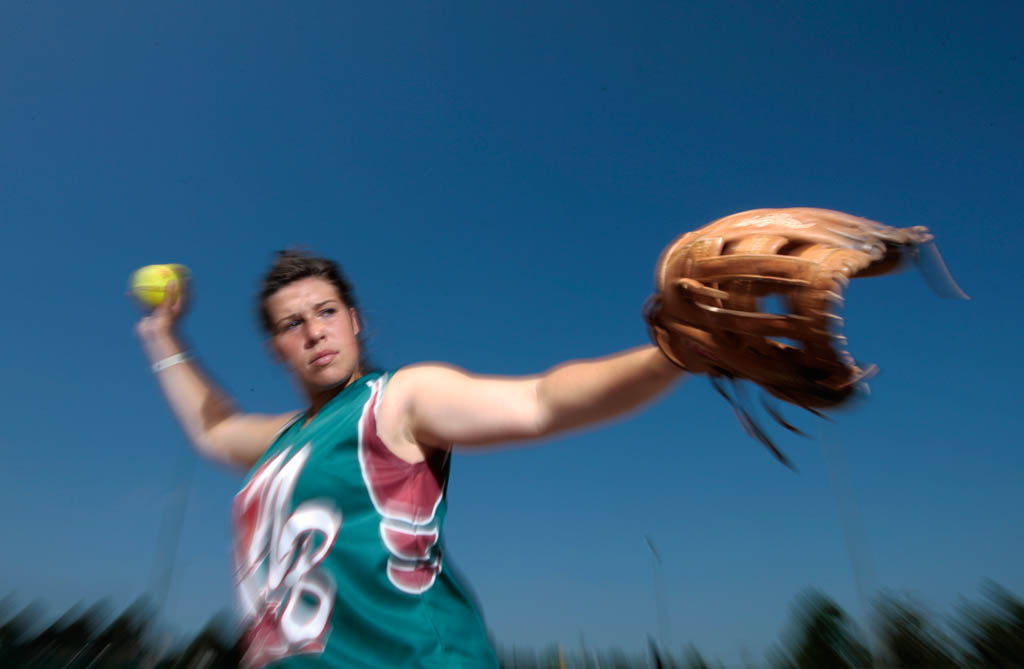 I also tried some shots using zooming the lens and panning the camera during the exposure with slow shutter speeds that worked out kind of neat. 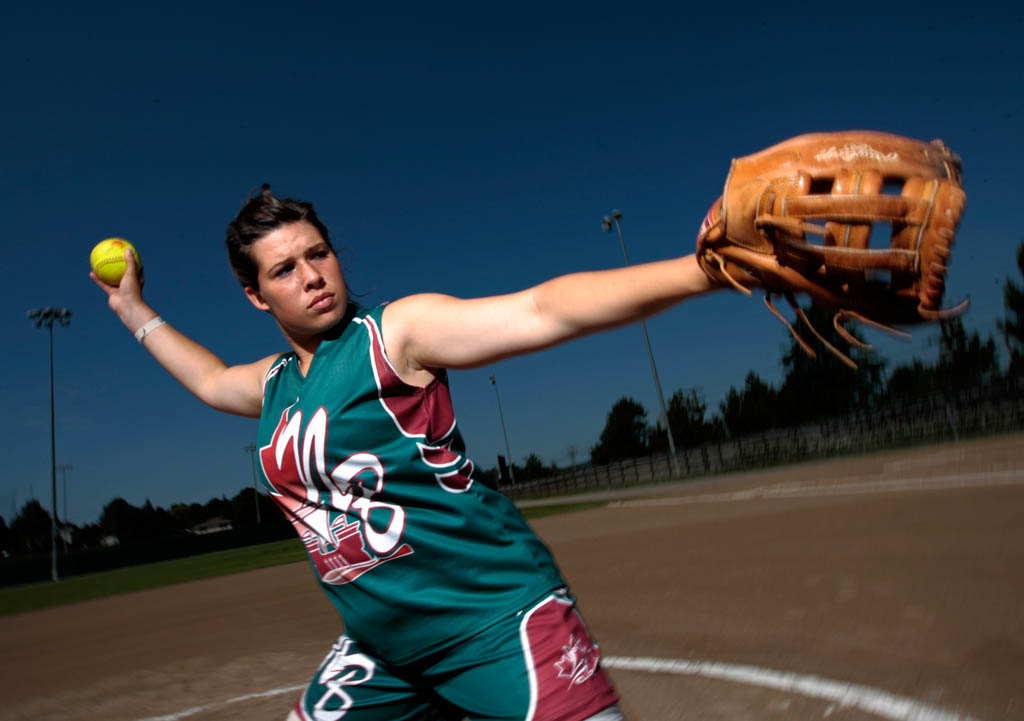 Next up is a pair of soccer players!

Hope you are enjoying the FREE version of this site! Lots more exclusive member content you’re missing out on, you may want to think about upgrading to a premium account! Try it free for 14 days!