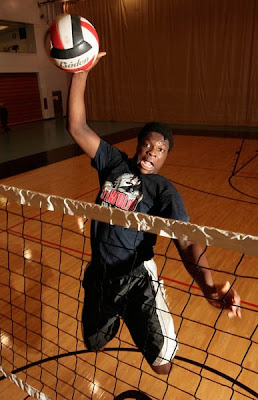 Chika’s a great guy, and I owe him a lot of thanks for his patience and the stupid amount of work it took to get this shot. You will understand why I need to thank him soon…

So it was a pretty simple idea. Get a shot of Chika jumping up at the net and smashing the ball towards the camera. Not too hard, right? 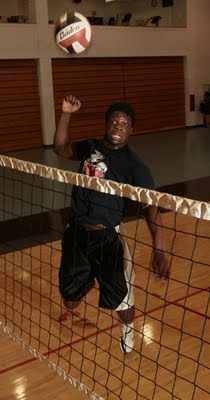 No, it was suprisingly hard… we started with a person who worked at the gym tossing the ball up and having Chika jump up to meet it… 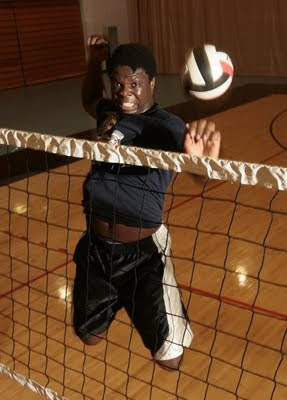 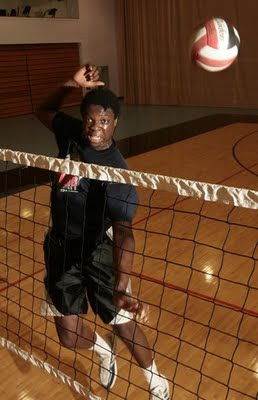 Then I tried tossing it up, figuring that since I was close to the net I could get it right.. 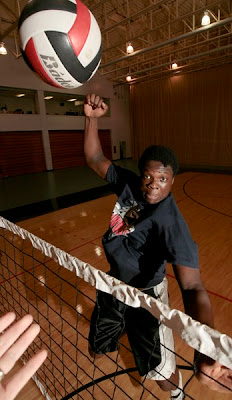 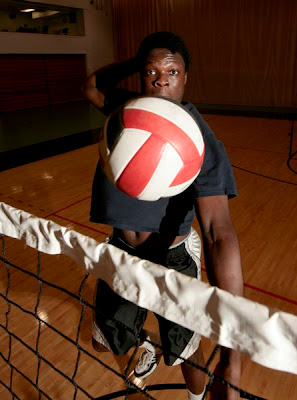 but most times ended up with my hand or the ball not in the right spot…I was just as bad with the timing. 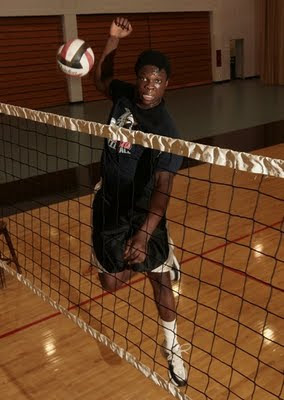 Lastly, try with Chika throwing it up to hit it, but again, timing wasn’t right.

So then I tried a different set up, shooting away from the net from a lower position. Flash was high and to the left. Got some neat flaring, but that was kinda it. Low angle made it hard to see his face. 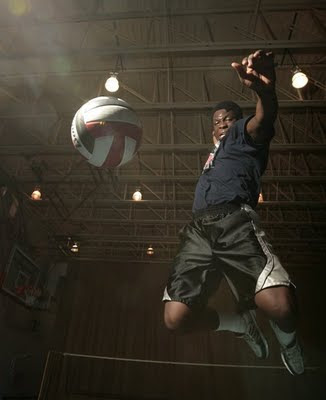 Again, the problem of how to get the ball where I wanted it. I tried throwing it up, but it still wasn’t working. 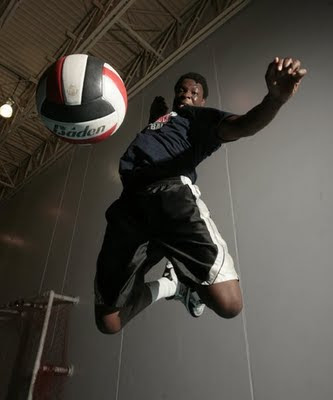 Then I got an idea… I asked Chika to palm the ball, jump up, and let it go at the top of his jump. 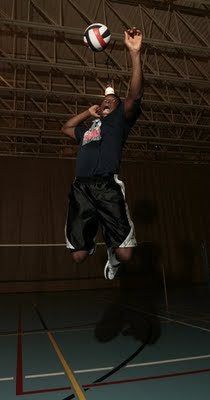 And voila! The shot I wanted with the ball up in the air and Chika about to smash it!
So, back to the net, re-set up the flash to the right, get up on the referee stand, and:

Finally had the shot I wanted! Here are some other variations, all of which have the ball in the right spot! 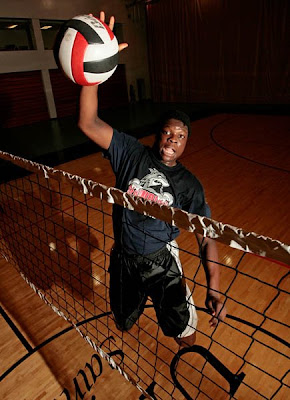 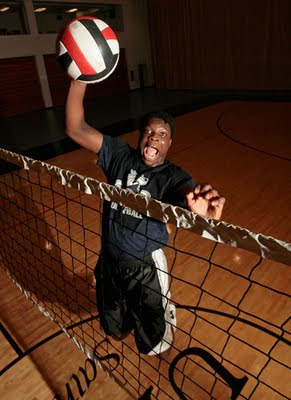 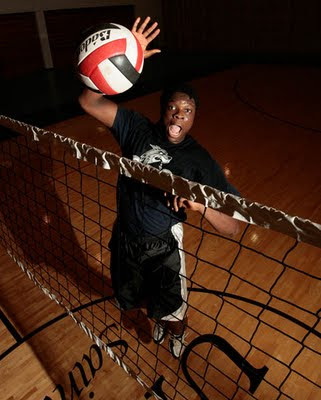 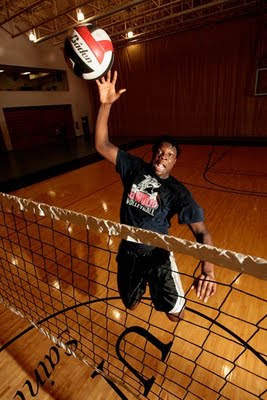 Also tried some shots where I was set up farther back from the net. Worked okay, but at this point I think Chika was pretty tired. 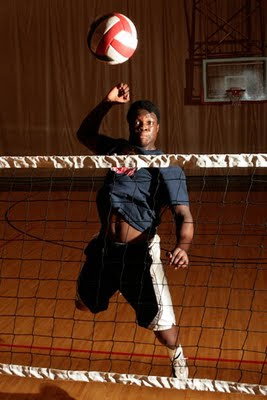 Considering I had him jump up almost 100 times, I figured I had to give the guy a chance to catch his breath. So I finshed off with a few portraits at the net. Single flash, to the right of him on the other side of the net. 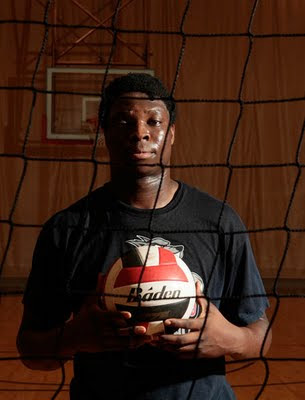 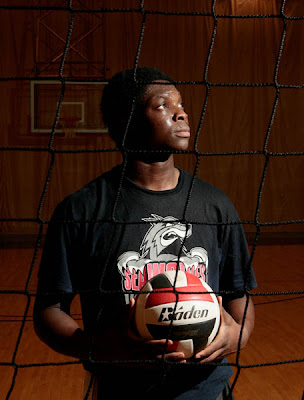 To see more in this series, head to my Canada Games Athlete Galleries on my site that contains more images from this shoot.
To see the full series of posts in the Canada Games Series, click here.
Next up….women’s wrestling!