Well, I had fun with making this and some good comments, so I’d thought I’d post a bit about it.
My son Gabriel is a big fan of retro gaming…he loves anything old. So we have a Sega Master system, Super Nintendo, Game Boy Advance, and of course lots of games on the Wii from the Virtual Console(old games that you can download and play on the Wii.)

So, when coming up with an idea for a costume for Halloween, he wanted to do something Nintendo related. We just recently bought the Wii game Legend of Zelda, Twilight Princess, and he had downloaded some of the older Zelda games as well, so he though he’d like to go as Link (The hero of the game for those who aren’t/were never gamers or don’t have kids…)

It just so happened that the element in our oven had died, and the box was sitting next to the kitchen table…and the idea came. Why not go as a Nintendo cartridge?

Since I didn’t have any Nintendo cartridges kicking around the house, I went to Google and found some photos of various cartridges. And of course I came across the Legend of Zelda gold version of the cartridge…which I had completely forgotten about. So we had our idea. 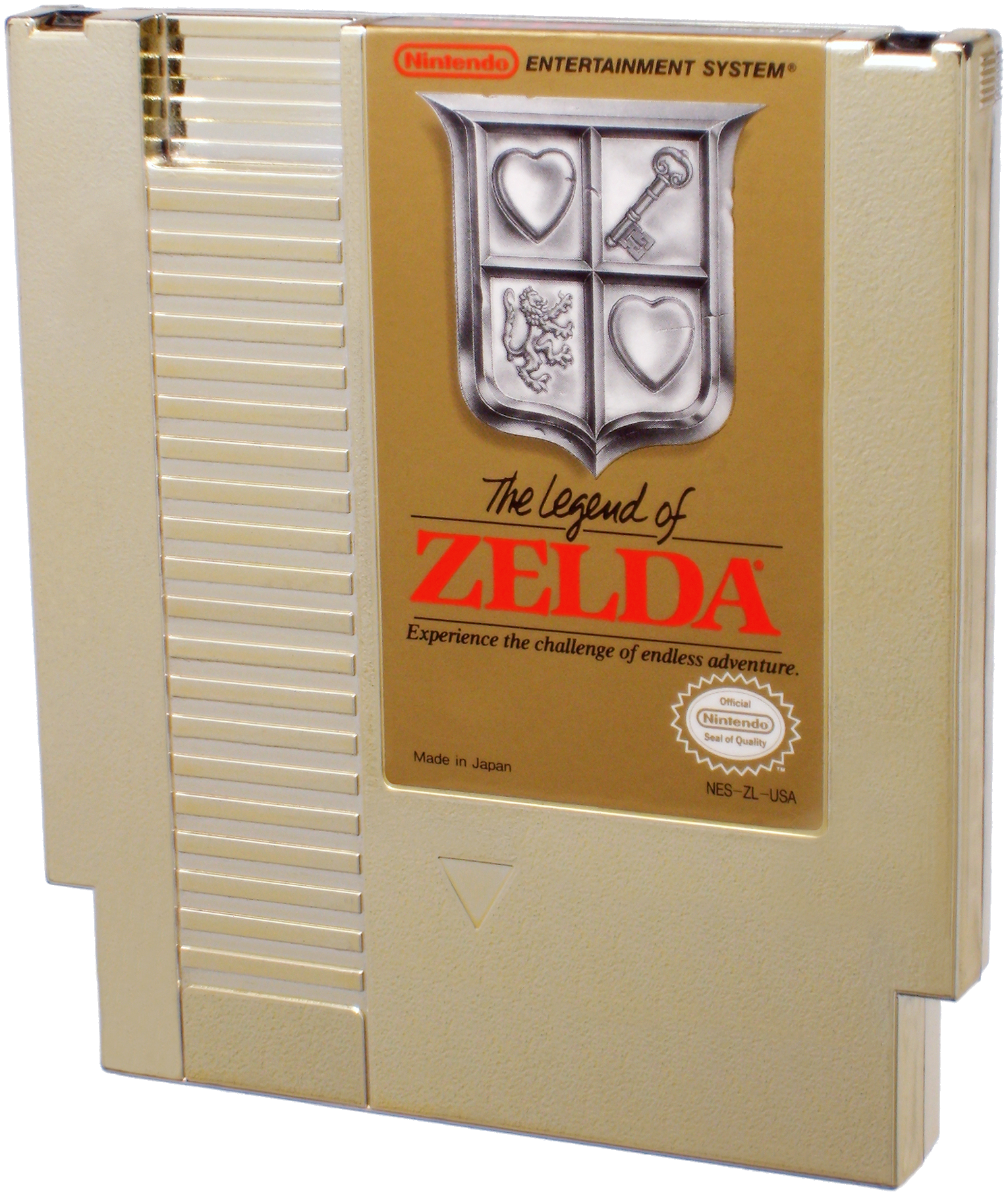 So then I had to make it look like a cartridge.

Also wanted to try to get it to scale, so I measured the photo of the real cartridge, then did math (i hate math) to scale it to the box size.

There was an indentation on the top of the cartridge where your thumb was supposed to go (how many of you got bruises from banging your thumb on the top of the open in the NES?), but I realized that creating that would mean Gabe probably wouldn’t fit into the costume. Same thing goes with the indents that should be on the bottom.

For the ridges on the cartridges, I took a box of alphabets cereal, measured out the right dimensions and cut a bunch of rectangular strips.

Then, gold spray paint! Did almost three coats as for some reason, the writing on the box kept coming through the paint. Sprayed all the little ridge strips as well.

Originally I was going to try to draw the label, but decided that wouldn’t look great..but I was able to get a higher resolution photo that had the label nice and big, so I just printed that off to scale. It’s not the exact label, but it was the only one that was high enough resolution to print, so it’s close enough.

Glued on the label, glued on the strips. Cut the holes for Gabe’s head and arms (had to cut the head hole twice, he’s got a huge noggin…)
Last step was to use one of the cut holes to make the triangle on the box. Glued it on, and we’re done!

The costume didn’t need any extra safety additions as the entire costume is reflective.
The only problem…the width of the box meant he couldn’t hold his candy bag with both hands!
Oops…

The whole thing completely ties in with the fact that this year is the Legend of Zelda’s 25th Anniversary, and the newest game they are releasing for the Wii (Legend of Zelda-Skyward Sword) comes with a gold colored Wii remote.
http://www.zelda.com/skywardsword/