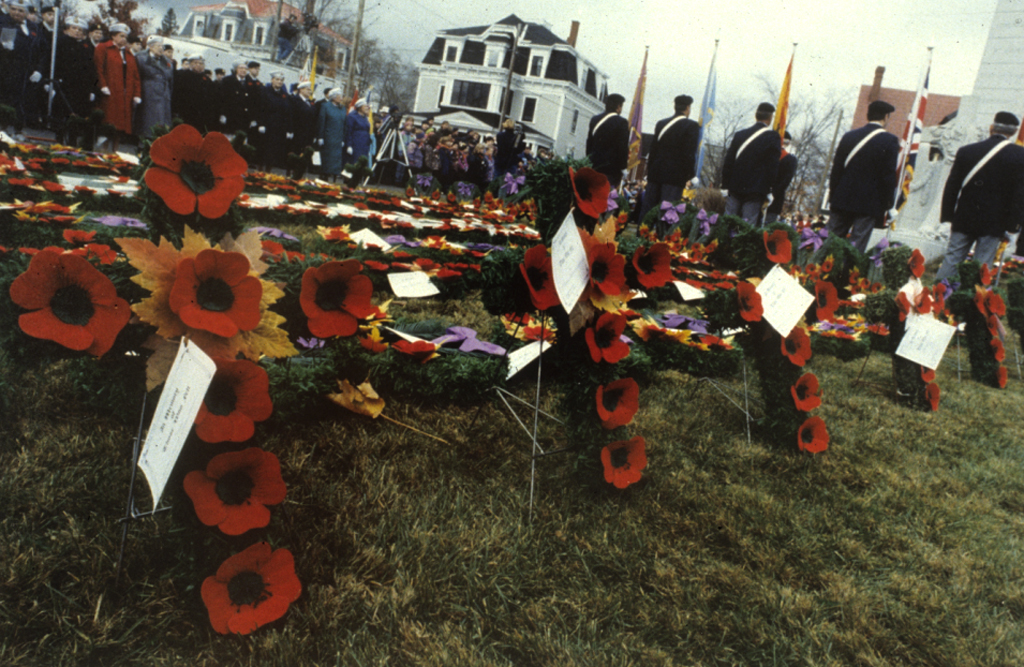 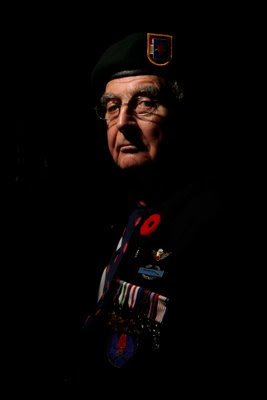 I happened to be looking through images relating to Remembrance Day and came across a few images I’d thought I’d share.

The top photograph is of Veteran Art Pottle, who fought with the 1st Special Service Force, AKA The Devil’s Brigade, during WWII in Italy and Southern France. It was taken at the New Brunswick Museum in Saint John in November of 2006 to go along with a story about a war themed exhibit at the museum. The assignment was to get Art with the exhibit, but I thought I’d try to get an interesting portrait as well.

For lighting, I used a Canon 580 flash on slave mode a stand with a snoot to create a spotlight effect. The snoot also prevented light from hitting anything in the background and created the darkness. I placed the flash high and to the left of Art, and tilted it down to create the directional light. I used the on camera flash as a master, set to 1/128th power and bounced off the ceiling so the light would not be exposed by the camera. 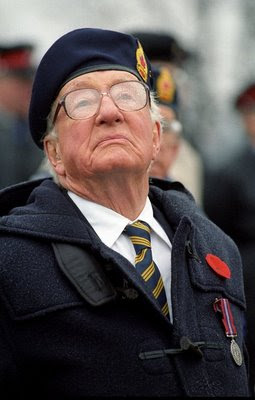 I also came across a picture that I took ten years ago at Remembrance Day ceremonies in Fredericton. It is a picture of 2nd Lt John McNair as he looks towards the sky during the moment of silence. When I look at this picture, I really feel that I captured was this day is all about-the lines on the face, the expression of sorrow as he looks towards the heavens, the rain drops on his glasses, to me, that all says Remembrance Day.