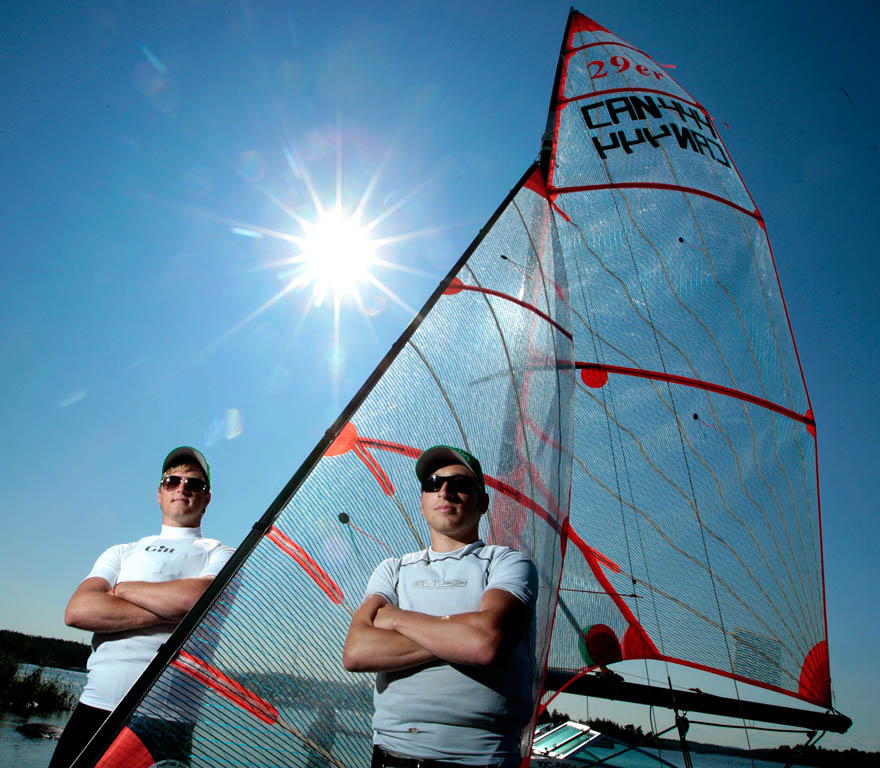 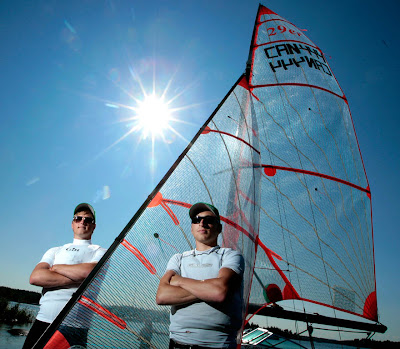 The second portrait in the series is of Team New Brunswick sailors Alex Black(l) and Kelvin Gilliland, one of the few multi-person shoots. They can be a bit of a challenge as you are trying to get both people into the composition along with the equipment/background, etc that tells their story.

The set up is the same as the previous series. Set the subjects up so they are backlit by the sun, then light them up with the flash. The image below, I’ve metered for the background ambient exposure to give me good sky(in this case 1/250th of a second at F16, ISO 100) 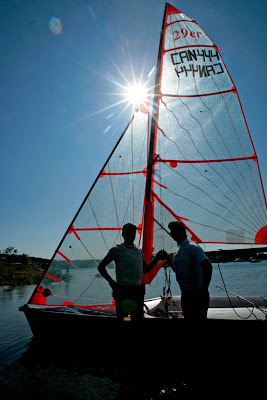 Then, turn on my frankenstein flash monster(three flashes velcro taped together again!) and adjust the power as necessary, and voila! 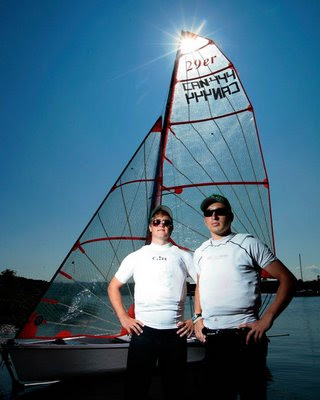 This shoot provided a few challenges. The first trying to get both guys and the sailboat in the frame. Normally it would be easy enough to have them stand close to the camera and have the other elements farther in the background. In this case however, the boat couldn’t stay still as it was on the boat ramp but in the water. So I needed to have them close so they could keep the boat in the right position as well as prevent it from being damaged or start floating away.
The second was that while I was trying to shoot, in behind people were bringing their boats down to put them in the water! C’mon people, can’t you see the photo shoot going on here!!!

For some of the images, I decided to use the sun as part of the composition, and it really worked out well. Loved the flaring and the startburst of the sun, something you needed a filter for back in the old film days, but it seems to me that you get that effect any time you put the sun in the frame with a digital. 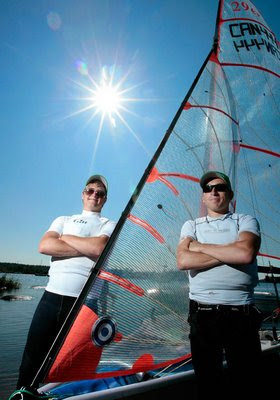 As always, trying horizontals and verticals to see which angle works best, getting closer in, farther away, changing lenses. Every shoot you want to try lots of different options, especially since editors love having choices! 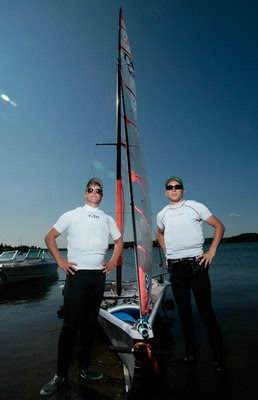 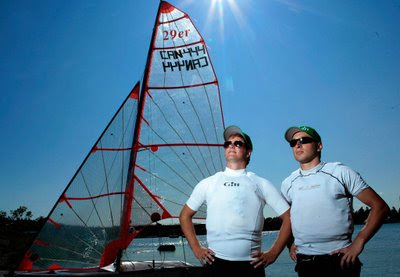 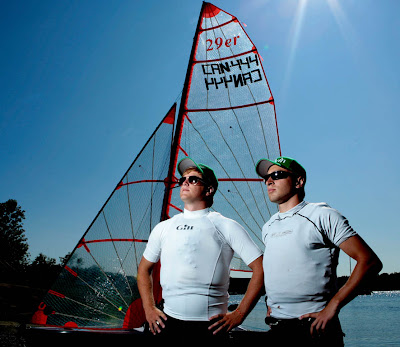 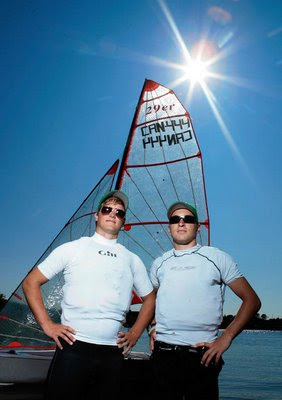 To see more in this series, head to my Canada Games Athlete Galleries on my site that contains more images from this shoot.
To see the full series of posts in the Canada Games Series, click here.
Next up is a basketball player, where shooting indoors can really end up with some great lighting! Stay tuned!