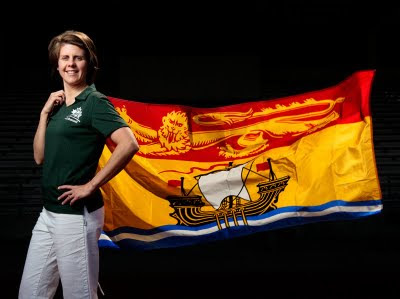 The final shoot in the series of Canada Games Athletes is of chef-du-mission Jennifer Bent Richard.

As she wasn’t an athlete, but more the head of the whole New Brunswick team, I asked that she bring some NB stuff, including a flag.

Started off with some simple shots of her holding the flag out. I knew before shooting that the grandstand would provide excellent shadows, again allowing me to set her up in front of nice blue sky(that we had on this day, unlike some others). She would be in the dark shade, allowing me to add flash the way I wanted to light her up. 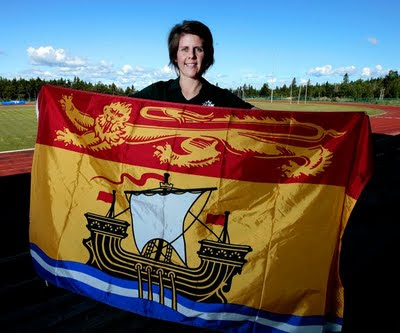 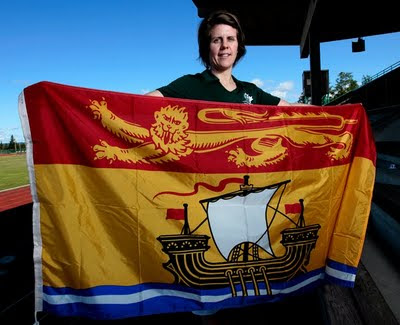 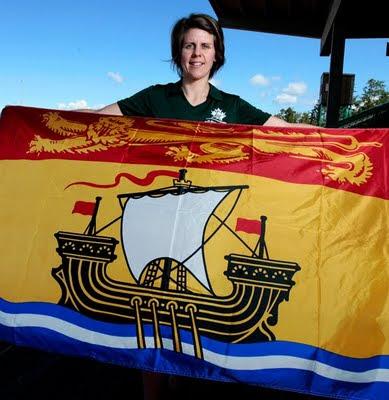 Then I decided to try some shots of her wrapped in the flag. 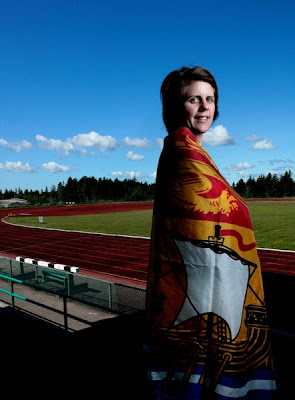 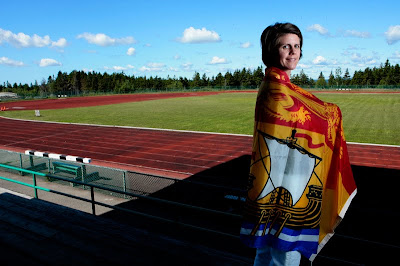 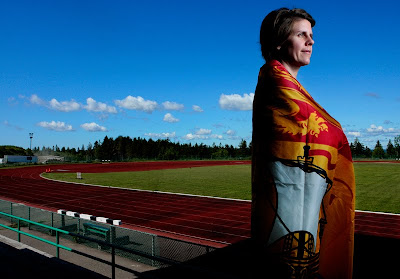 I switched the angle around so that Jennifer would be in front of the Canada Games Stadium letters, something to give a bit of context. So in this case, both are in the shade. I underexposed the background a bit more, allowing me to light her up with mainly flash. 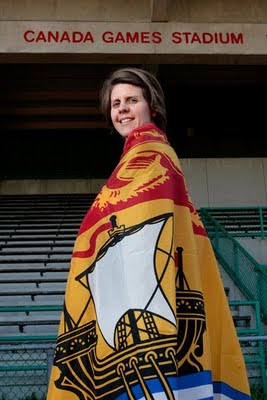 I wanted some shots of the flag completely unfurled out, so I taped it to a low fence around the stadium. Both Jennifer and the flag were in shade still, so I exposed for the background and used flash(in this case, the three headed monster, shooting into an umbrella for a bit softer light) to fill her in. 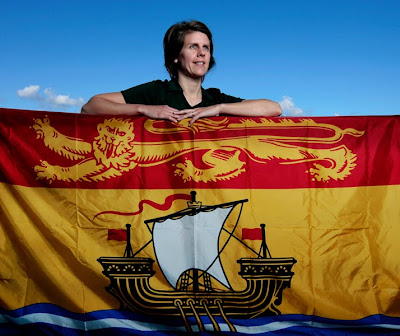 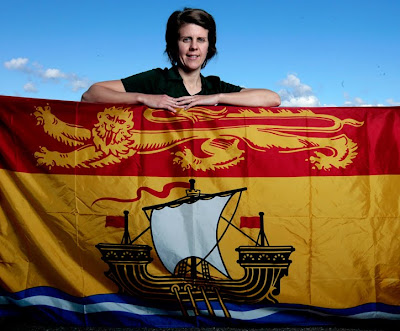 I noticed that if the flag was backlit by the sun, it really made the flag colors show nicely. The shot below is just metering from the ambient light on the flag. 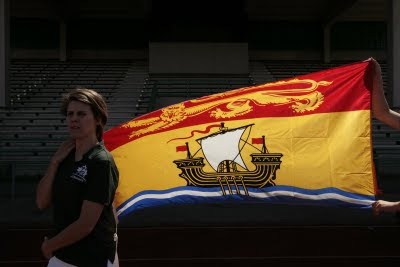 And of course it put Jennifer in the full shade, allowing me to add the exact light I wanted onto her. You can see the arm of my assistant Tanner Cheeseman, who held the flag up, then dropped it when I said “GO!” and pulled his arm back quickly. 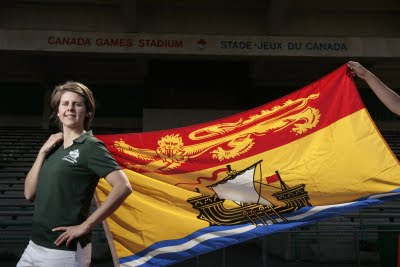 And voila, the perfect shot! Well, almost perfect. I really liked the image at the top of this post best, it had the nicest flowing to the flag. 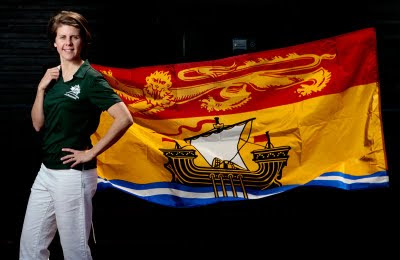 I also tried a few with some blue sky behind, pretty much the same set up as above. 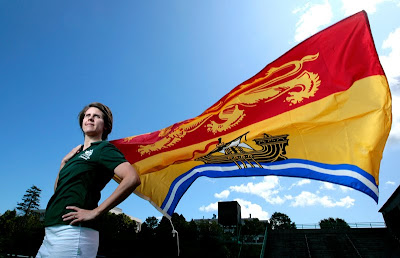 So that’s it! It was a great series, and I hope these posts have been the right combination of informative and fun. Any questions at all, please send me an email nchenier@nbnet.nb.ca