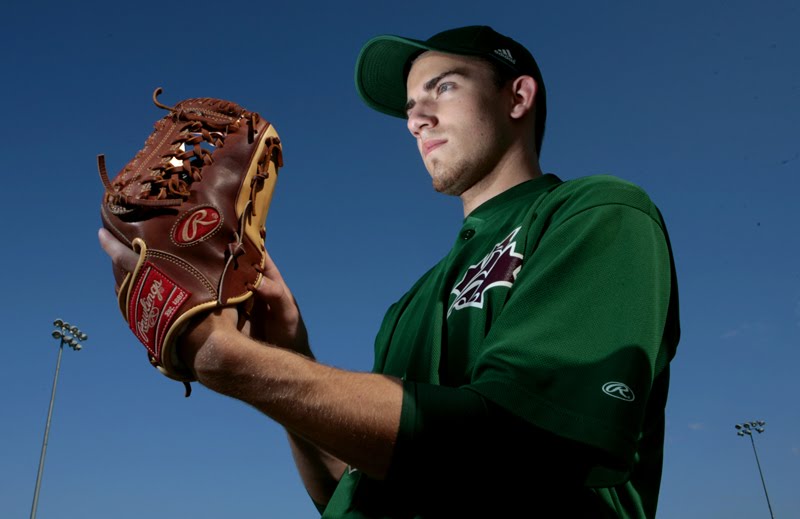 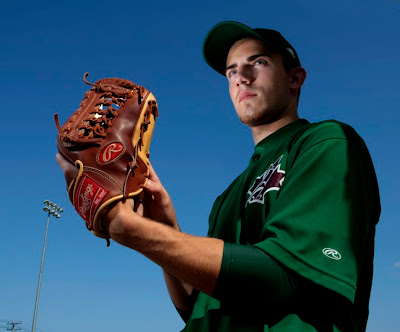 Similar set up as many of the other images. Set the subject up in front of a bright background, expose for the background to make them a silhouette, and add light on them with the flash.

Sean plays a number of positions, including pitching, so I started off with him on the mound. 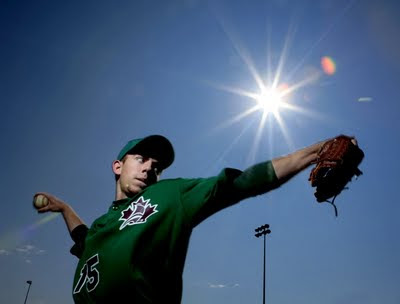 The light on Sean was a bit too contrasty, so I moved the light to the right to shine more onto his face. 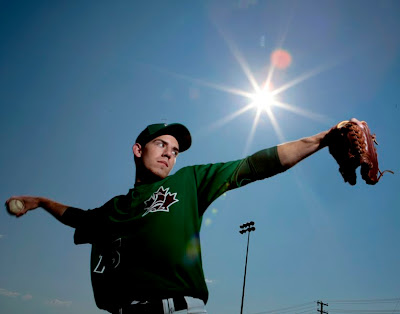 An idea I had from the start for this shoot was to have his face lit up by a flash in his glove. The problem was that I couldn’t really fit a flash with a pocket wizard into the glove, so that left me with two options.

so that left me with option

2) Use my Nikon Sb800 flash, which has a built in optical slave that will fire off of any flash it detects! I angled the sensor towards Sean’s face, and used the Canon flash on the camera at very low power, and the light reflected off his face enough to trigger the Nikon. 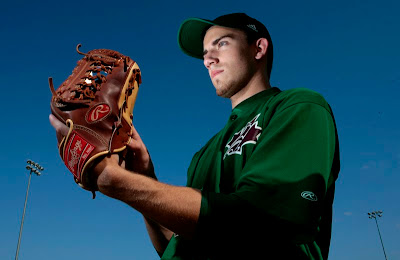 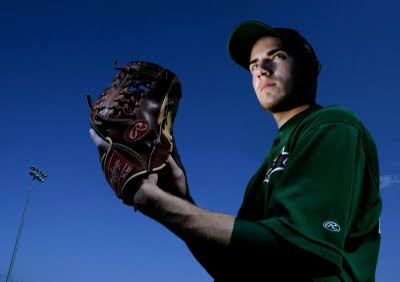 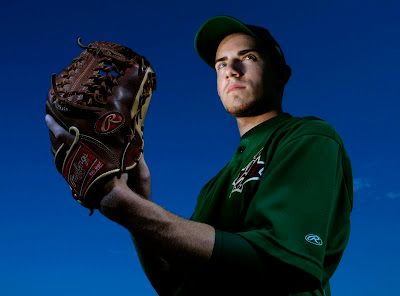 Also tried a few with the TUNGSTEN WB/Warming filter on the flash trick to get a bit bluer sky. 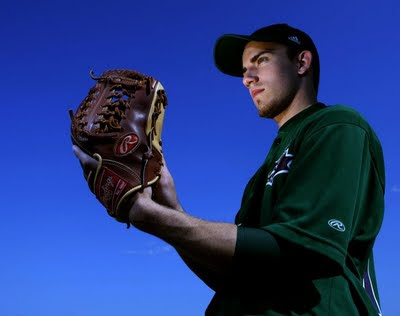 Then I decided to try so head on shots using the flash in glove technique. 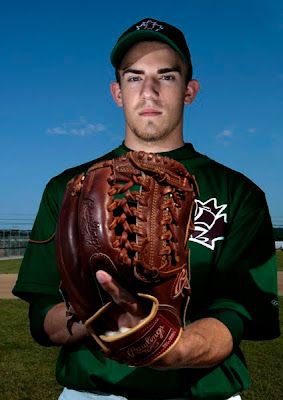 Did some experimentation with the shutter speed to make the ambient light darker. Picking a higher shutter speed made the sky go a bit darker. 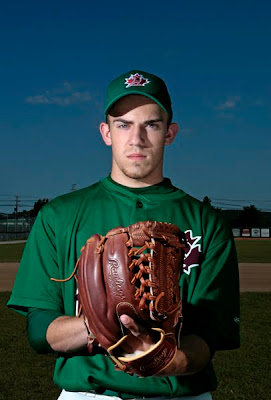 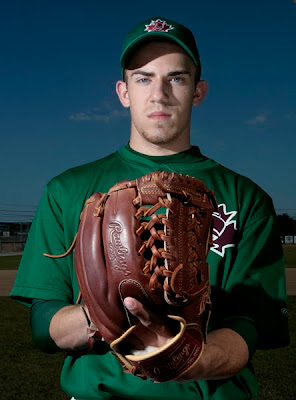 I ended up with some shots of Sean as the shortstop, and figured the neat play to shoot would be him tagging second base and throwing to first for the double play.
Flash was set up to my left, the sun was backlighting him(notice the double shadow) 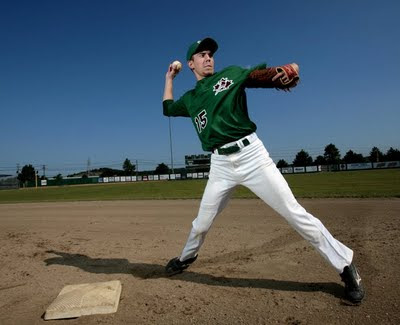 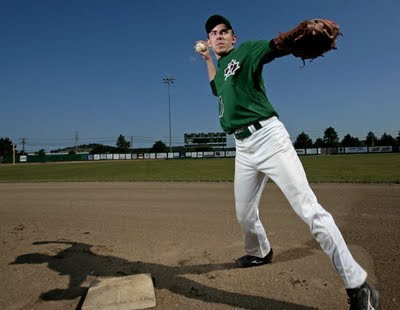