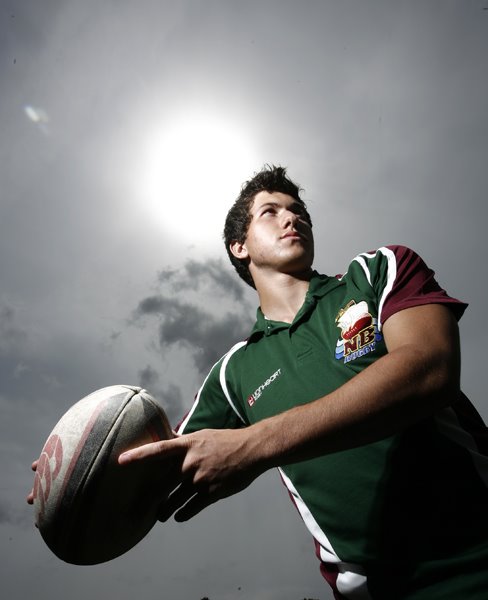 This was one of the earlier shoots, so again the weather was cloudy. Which was fine, as again, it would allow me more control over the light. So I started off with Walker in front of the rugby uprights. I exposed for the sky to make Walker go dark…. 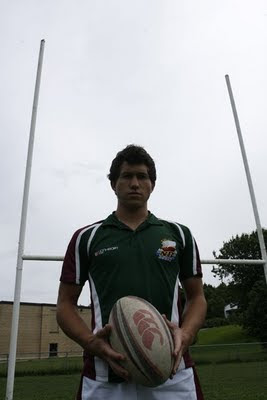 allowing me to add the light with the flash. 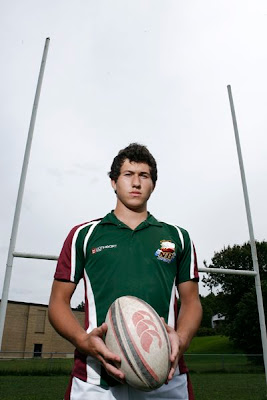 I liked the effect, but found the sky a little blah, so I thought I’d add some color using the TUNGSTEN WB/warming gel effect. Just to recap, set the WHITE BALANCE to TUNGSTEN, which turns EVERYTHING blue, and place a CTO warming gel(orangey) on the flash to warm the light back up. 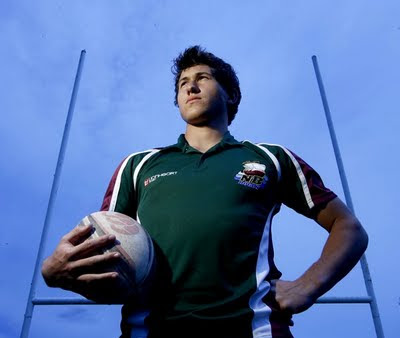 Tried some different angles with the light from the flash to create more of a “tougher” look. 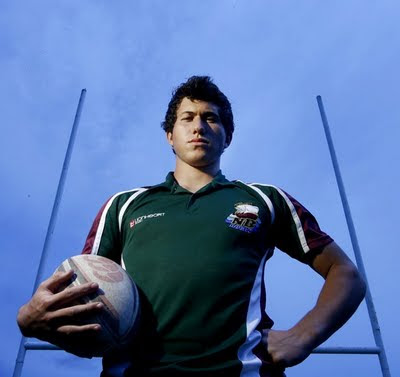 Also did some monster lighting which looked kinda cool. 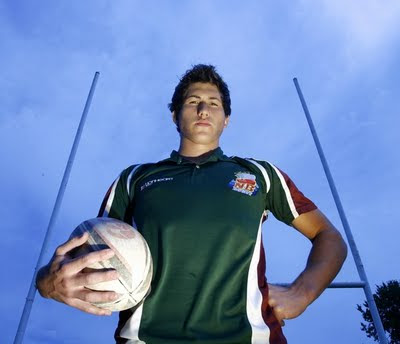 Like the first shoot with golfer Jennifer Armstrong, I had the option of trying to put the sun in the frame. So I had to under expose quite a bit more to get the sun a nice glowing ball, resulting in a really dark subject. 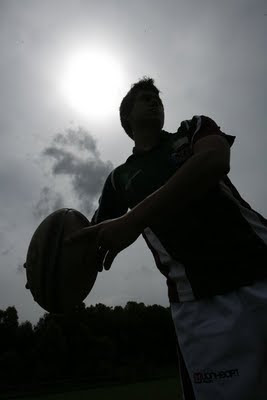 Then adding the flash to light up Walker. 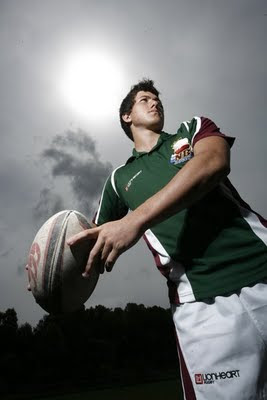 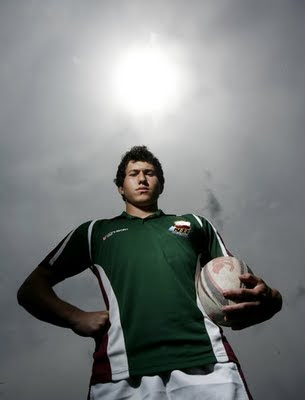 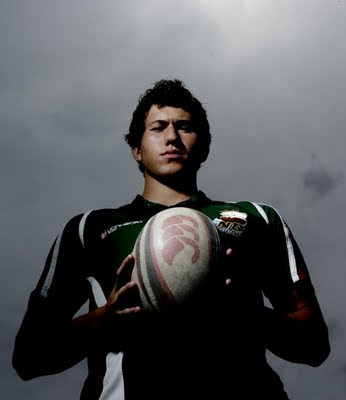 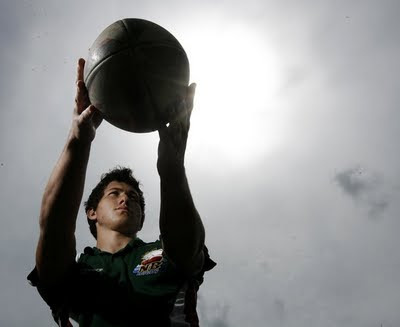 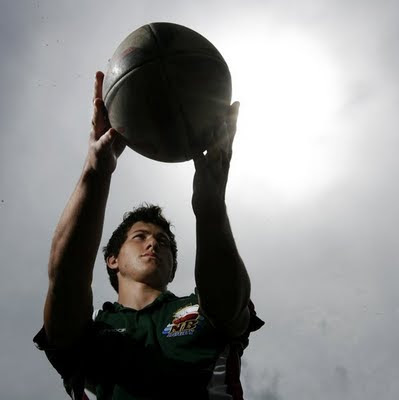 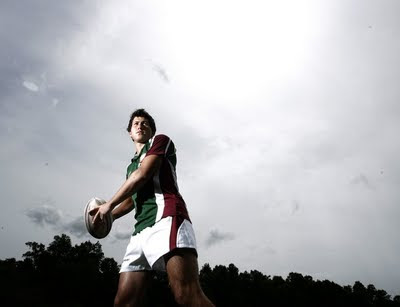 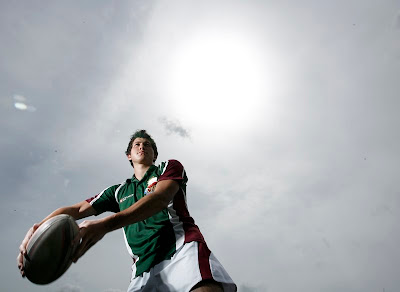 Thought I’d try some throwing the ball shots too… 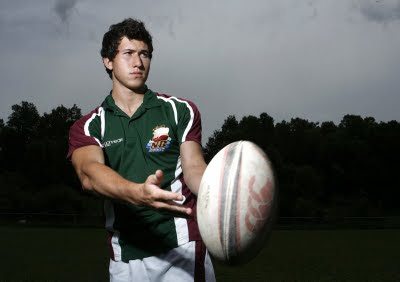 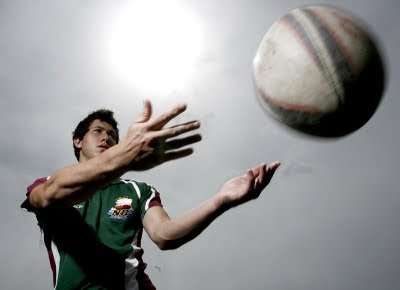 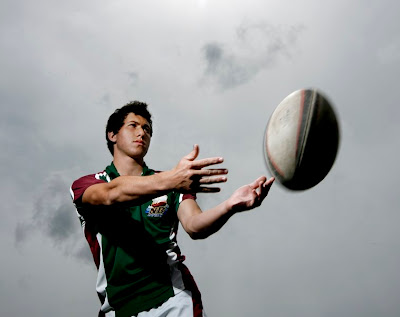 I also tried some shots using slow shutter speeds and panning the camera with Walker running with the ball. This one worked the best of all, but due to the fact I couldn’t do the 2nd curtain sync(flash fires at the end so the sharp image is on top of the blur), there was a bit too much blur if I went too slow. 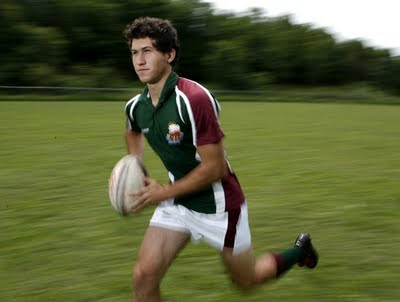 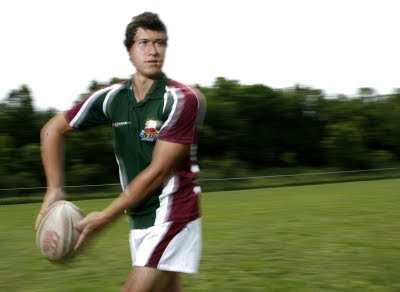 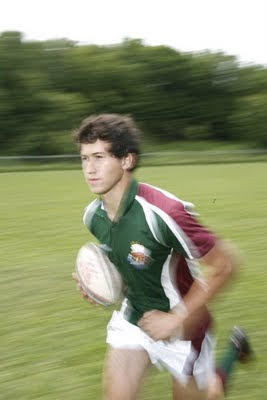 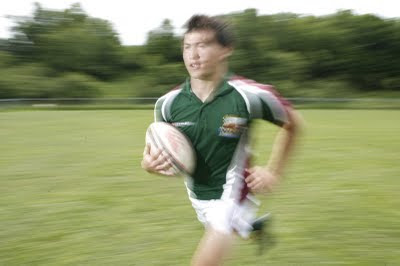 For the final shots, I thought I’d try using some of the graffiti on the rock wall at Hazen White field.
But because I needed to light up both the background and Walker, I had to have the background flash really close to the rock. So in this shot, while I like it, a little problem with the flash and stand being visible. Before you say, just photoshop it out, ethically that’s a no no for newspaper photography. Anything like that, it would have to be labelled as a photo illustration. 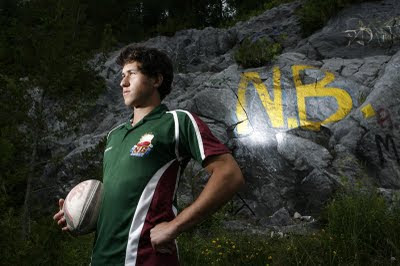 So the solution was to set it up so Walker is in front and covering the flash and stand. 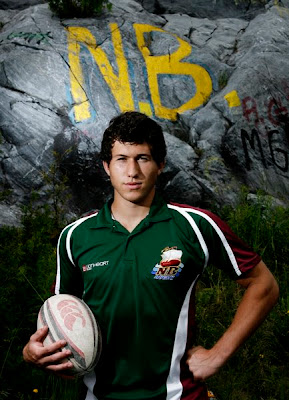 And finished it off with some more monster lighting(flash directly below the subject) which I thought looked really cool! 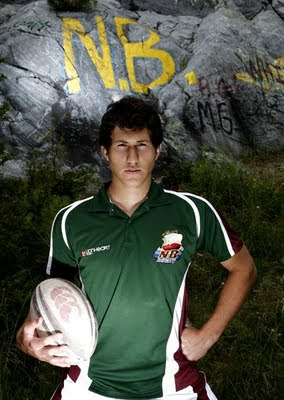 To see more in this series, head to my Canada Games Athlete Galleries on my site. I will be posting the images from each shoot after they have run in the paper, so keep checking back!