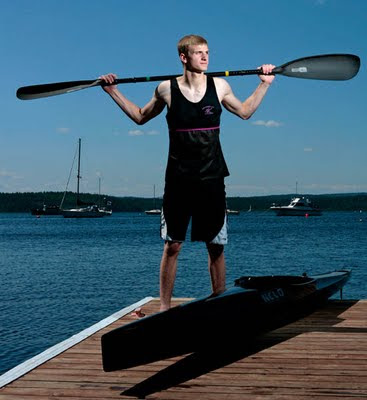 Today’s Canada Games Athlete is kayaker Sean Wells, who was motivated to make the team to make his late father proud. Since there was a bit more emotion to the story, I wanted to come up with shots that could convey that kind of mood.

Me and my assistant Tanner arrived well before Sean, so I scoped out the location and decided immediately that inside the garage where they stored the kayaks was the spot I needed. It had nice soft natural light coming in, and rows of kayaks.

Here is the natural light, nice and soft, but the exposure was 1/60th of a second at F5.6. Not a lot of depth of field there, kinda borderline handholdable speed. 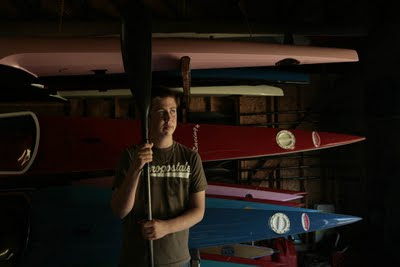 So I set up a flash coming in directly from the front door, using an umbrella to mimic the soft natural light. Looks the same, but now I get F13 and lots of depth of field. 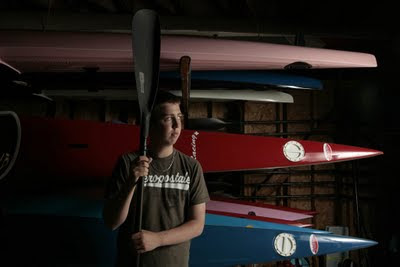 I did find behind Tanner was a bit dark, so I put another flash and umbrella up to the left to fill in some of the shadows more. I made sure it wouldn’t fall on the left side of the subject and lighten the shadows, I wanted them to stay. 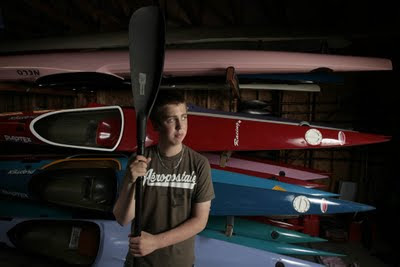 This is an example of why having an assistant is valuable. While you wait for the subject or as they are getting ready, you can set up and test your lighting, time that you don’t have to waste while they are sitting there patiently in front of the camera. 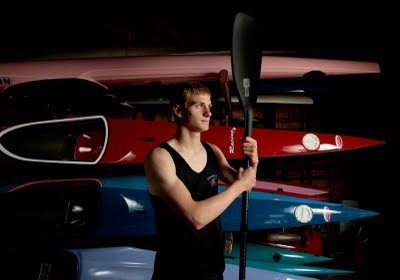 Once Sean was ready, I took a variety of shots, using different angles, compositions, and poses. 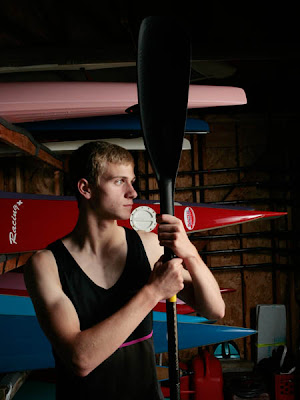 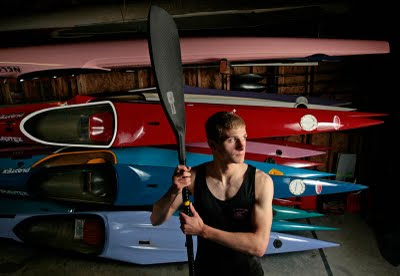 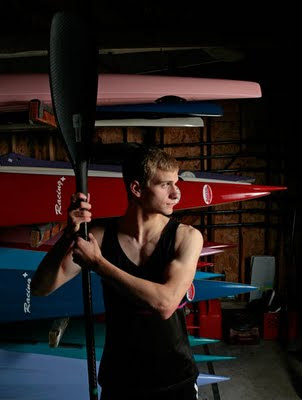 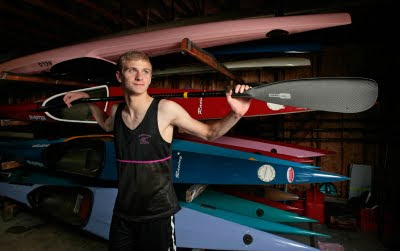 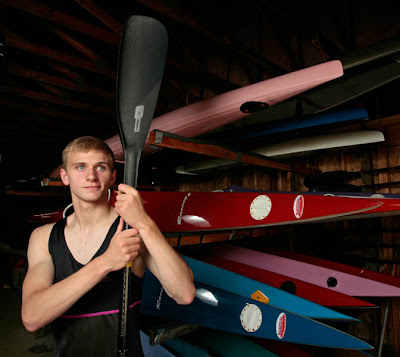 We then moved onto the water, but one of the problems was the fact it’s not easy to keep the kayak steady, so we had to do shots with Sean moving through the water. At this point, I was only velcro-ing together two flashes and didn’t have the third, so there wasn’t really enough flash to overpower the sun as much once he got farther away from the dock. The image below is with just the natural sun, which was really at too high an angle to be useful as it creates ugly dark eye shadows. I’m all for good natural light, but if the sun isn’t in the right angle, there is nothing you can do about it, other than block it and use flash to get the light you want. 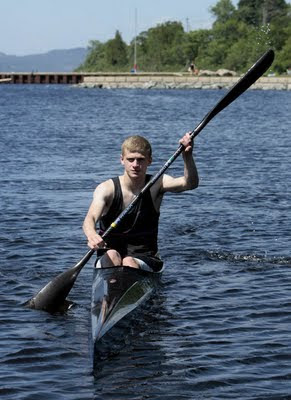 For the ones below, Sean is mostly backlit by the sun, so the flash can fill him in. 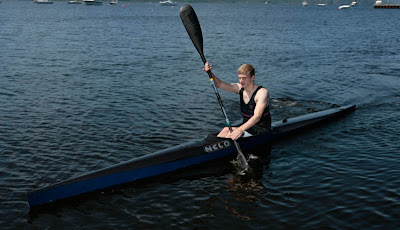 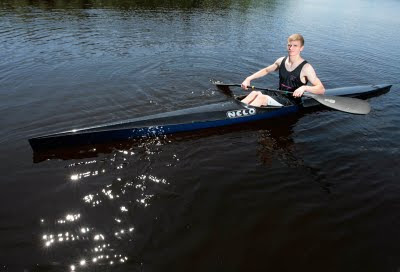 I also tried a few shots by zooming the lens, but again the two flashes weren’t powerful enough to get the light I needed to overpower the sun. 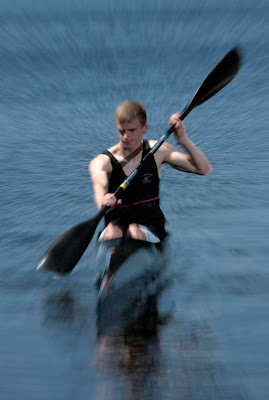 Since they weren’t working out as nice as I hoped, I decided to bring Sean and his kayak up on the dock. The angle was better, as I could set him up backlit by the sun again, with Tanner holding the flashes to the right. Again, it’s exposing for the background at my highest sync speed(1/250th of a second) and then turning the flashes on to fill in the light I needed. 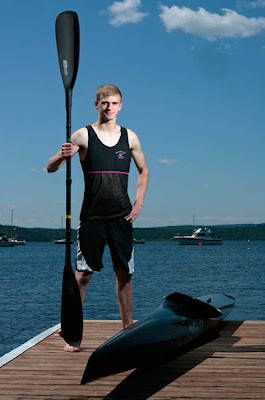 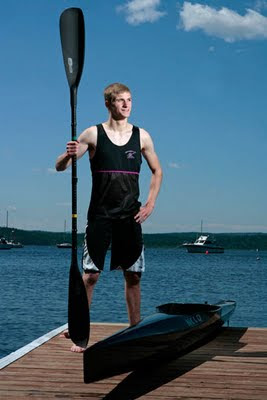 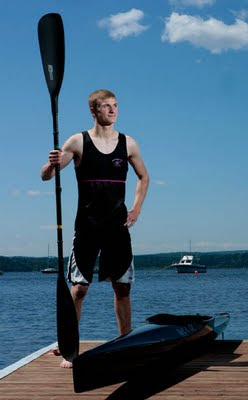 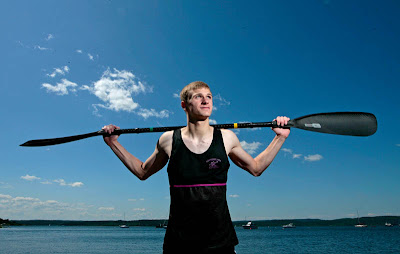 To see more in this series, head to my Canada Games Athlete Galleries on my site that contains more images from this shoot.
To see the full series of posts in the Canada Games Series, click here.
Next up….tennis!