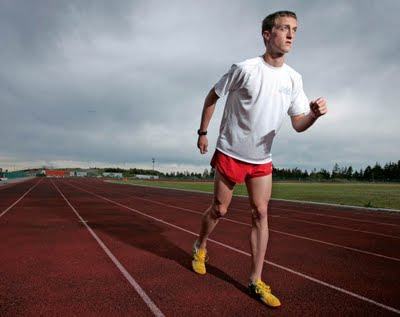 Today’s athlete shoot is of runner Barry Britt. I’ve photographed Barry more than a few times, mainly during actual races, and man, can this guy run. He always seems to be leaps and bounds ahead of his fellow racers coming into the finish line.

This was a case where I had some ideas for photos. The two main ones were him down low at the start blocks using monster lighting against a dark sky, and a shot using slow shutter speeds to create a blur of motion and the flash firing at the end to freeze him, giving the illusion of speed.

The problem with the first idea? Due to the fact he does long distance running, he doesn’t start down low like they do for the sprints. D’oh! To shoot him that way would be misleading, so I got him to get into his normal start pose.
Didn’t have a nice blue sky, but a darker one with clouds, so I set him up against the sky. Exposed for the sky….. 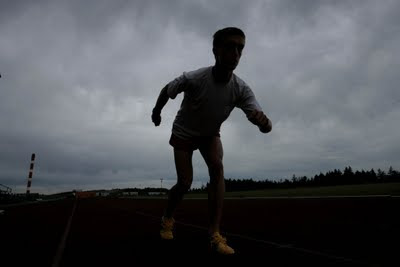 then added the flash to light him up. 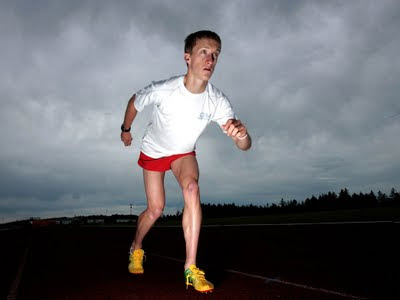 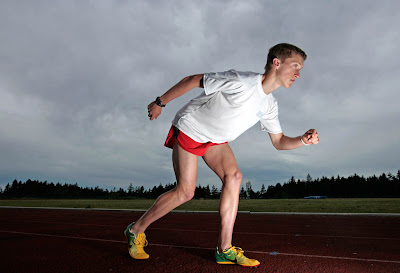 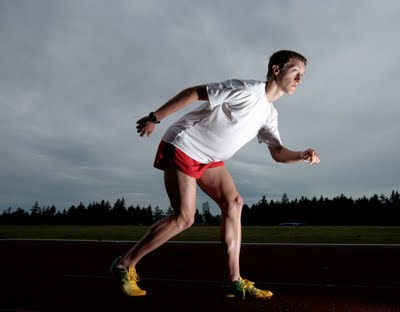 Problem with the second idea(blur followed by nice sharp flash image)?
Canon cameras will only fire the flash at the end of the exposure (called REAR or SECOND CURTAIN SYNC) if they are attached to the camera…they won’t even work using another Canon flash in WIRELESS mode!!!!
AAAAAAAAAAAAAAAAAAAAAAARRRRRRRRRRRGGGGGGGGGGHH!!!!!!!!!
I HATE CANON!!!!! (Once this series is done, I’m totally going to go off on the Canon Flash system…so stay tuned!)

Even though I had my Pocket Wizard(wireless transmitter) plugged into the external flash sync terminal, it will only send the signal at the start of the exposure.
So…how to create a sense of motion?

Tried shots using slow shutter speeds with flash and during the exposure I tried: 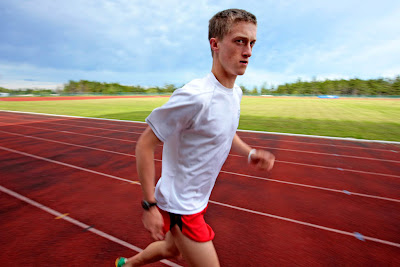 Zooming the lens out: 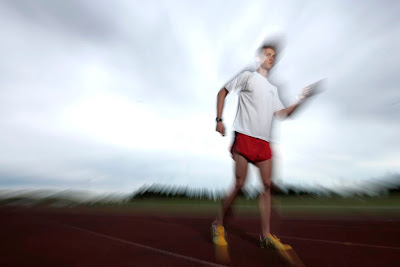 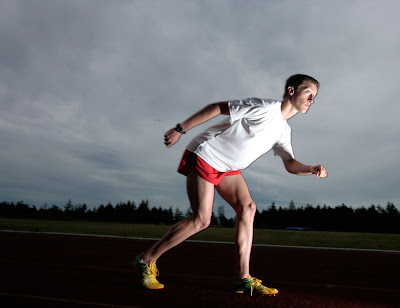 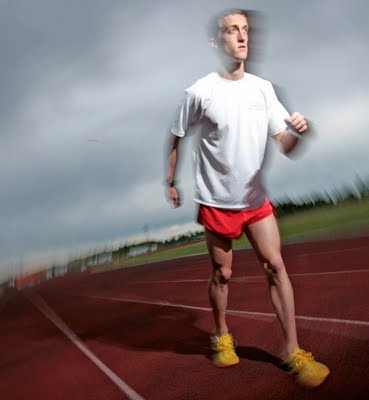 But the problem is always the flash fires first, and the blur goes on top, resulting in mostly blurred images!
I got so desperate I even tried getting Barry to run BACKWARDS….which really didn’t look natural at all! 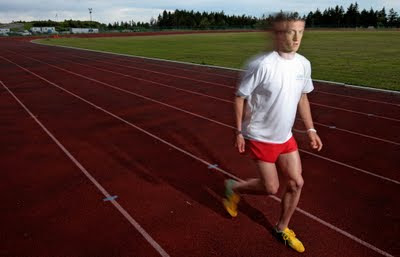 Also tried using slow speeds to pan the camera, and using two flashes. One on a stand that would triggered at the START of the exposure by a Pocket Wizard plugged into the sync terminal, and one that was ON CAMERA set to 2nd Curtain Sync that fired at the end…totally didn’t work either. 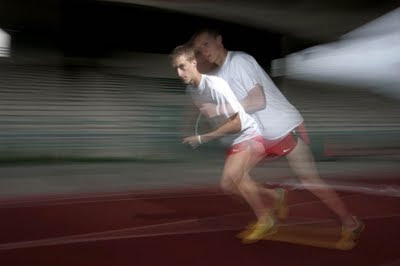 Looking back now, the only way I could have done this I think was to use the a Canon flash on-camera set to 2nd Curtain Sync, then have my trusty Nikon SB-800(which I didn’t have with me-message to self, always bring your damn Nikon flash just in case!) set to SLAVE mode to fire when it picks up the Canon flash.

And of course, some more standard portrait shots. 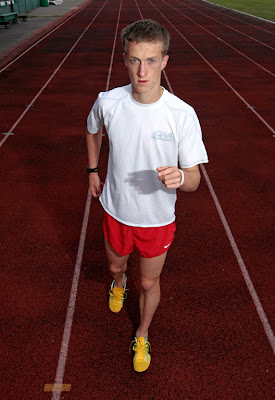 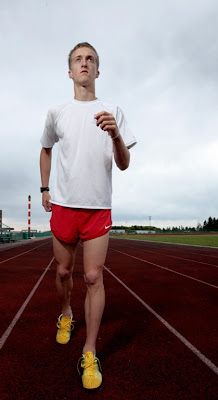 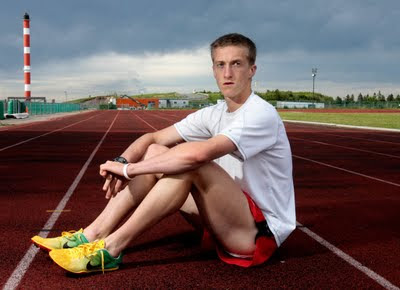