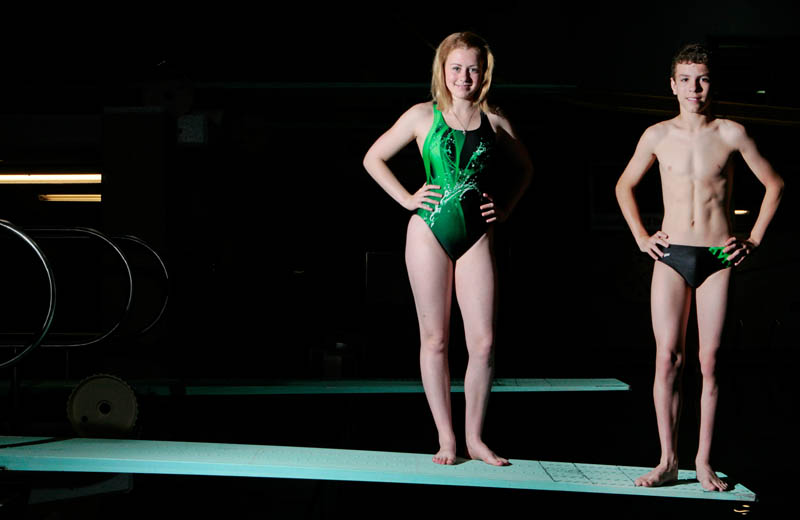 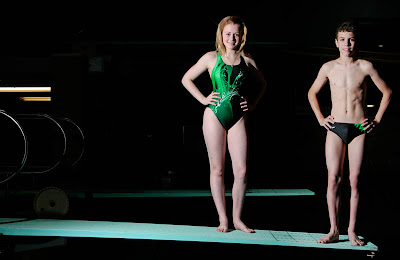 Today’s portraits are of divers Christian Zehmer and Kirsten MacDonald, taken at the Canada Games Aquatic Centre in Saint John. Again, a two person shoot made me have to think about to come up with some good compositions. I started off with each of them standing on a diving board.

I used a flash for each diver to light them up, which were positioned to my left for Kirsten and to my right for Christian, and angled 45 degrees. The first image was taken with the ambient light in the pool underexposed to create a darker background(1/60th of a second at F9) 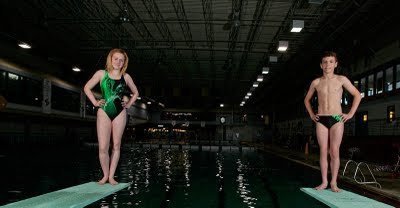 The image below was taken with a wider aperture to bring out more of the background(1/60th of a second at F5.6). It was also taken on the middle height diving boards, which I thought would give a more interesting angle. 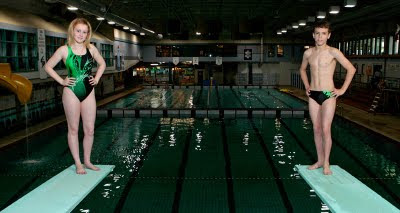 I liked the two on the board, but as always, trying different angles, I moved over for more of a vertical shot with them on the lower boards again. Since the divers were no longer parallel to the camera, I had to get more depth of field, so I closed the aperture to F16. If I wanted to balance the ambient light, I would have had to use a really slow shutter speed. But for this shot, I wanted the background to go darker anyway, so I left the shutter speed at 1/60th of a second. 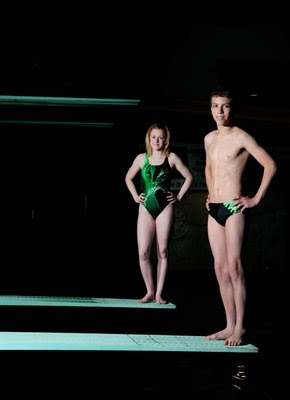 I wanted to get them a bit closer in size in the frame, so I switched to my 70-200mm lens, which I hadn’t used at all for most of these shoots. By zooming in, it compressed the space and made them appear closer together. 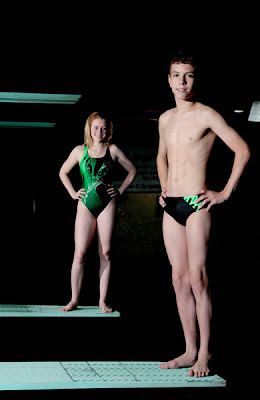 Tried a few different poses, but I really liked them standing better. 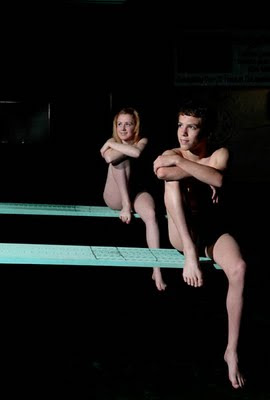 Then I decided to try them on one board together. The first shots I took were from the higher platform looking down on them. 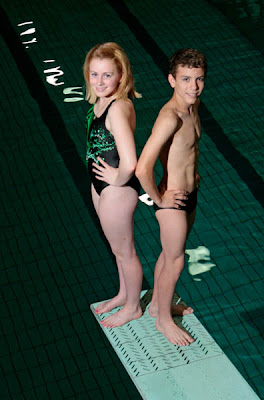 Then I got lower and tried various compositions and angles. I also framed them with the diving board rails, which I liked. 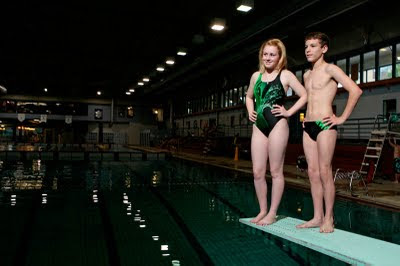 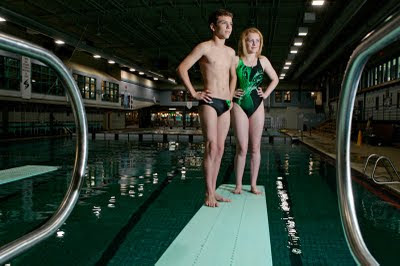 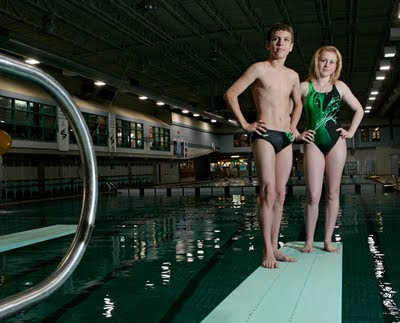 Also tried some zooming/panning shots with a slow shutter speed. 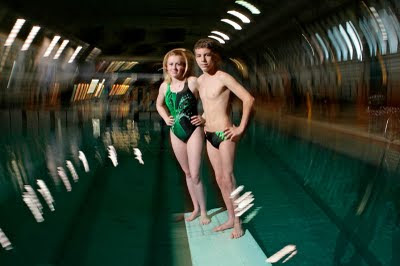 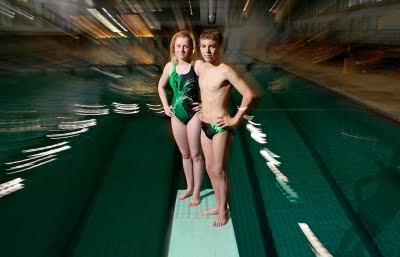 My fav was this shot