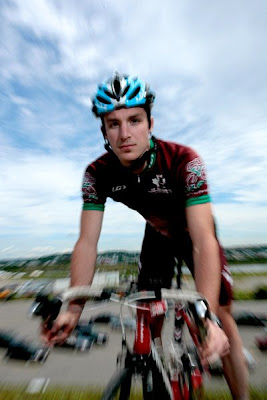 Today’s athlete is cyclist Justin Theriault, who I photographed outside the Telegraph-Journal office in Saint John.

The upper parking lot provided a nice high spot that allowed me to get lower than Justin so I could put some of the nice clouds behind him on his bike. So like many of the previous images I’ve done for the shoots, I first balanced the ambient light behind the subject(250th of a second at F14). This left him as a silhouette almost, allowing me to add the light I wanted to him. 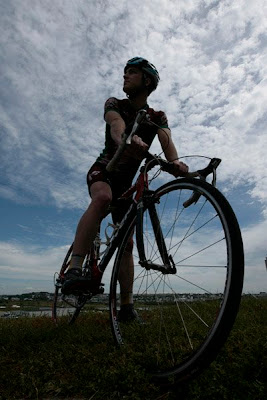 Using two flashes, I added the light from a 45 degree angle to the left of Justin, and adjusted the power levels until the light was right. 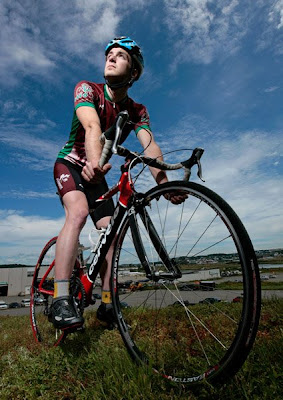 Like all the shoots, I’ve tried a few different poses and set-ups. 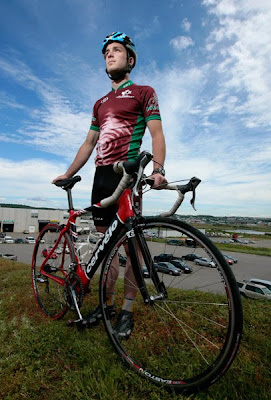 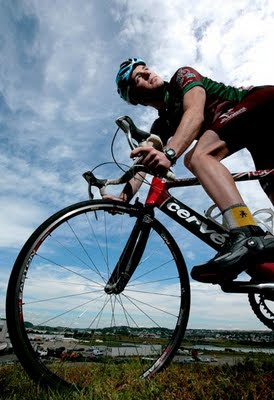 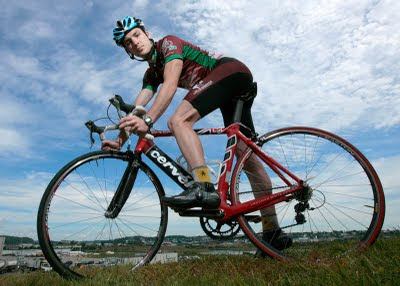 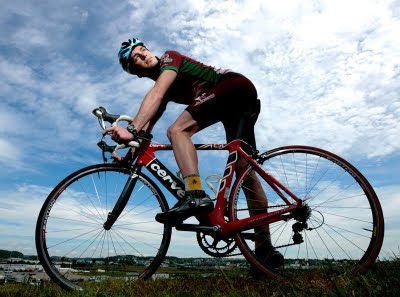 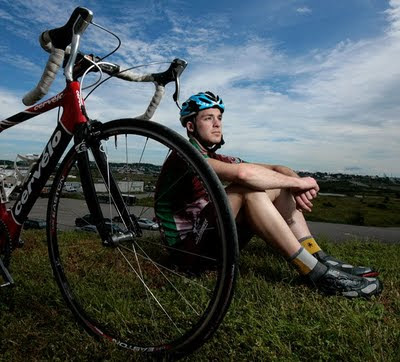 Another slow shutter speed plus zooming shot here that I really liked.

I tried a final set up with a bit harsher light created by manually zooming the flashes in to create a more narrow beam. I also underexposed the background by setting a higher shutter speed. It was neat, but my fav was still the zoom one above! 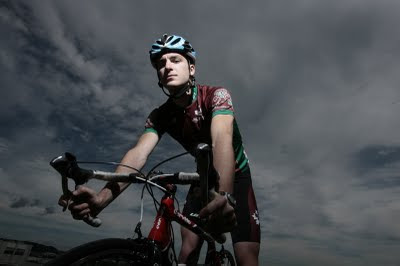 Notice something funny about the shot below? 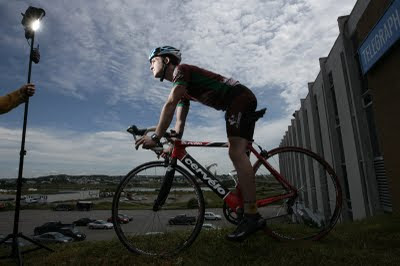 Only one flash fired. There have been lots of reports of problems with newer Pocket Wizards and Canon Flashes due to RF noise from the flashes interfering with the signals. Due to the short cords, the Pocket Wizards had to be close to the flashes, and this RF noise may be the reason why the other flash didn’t fire…or the Pocket Wizards could have been too close as well, I’m not sure.
I bought an headphone extension cord that allowed me to move them farther down the stand and haven’t had a problem since.