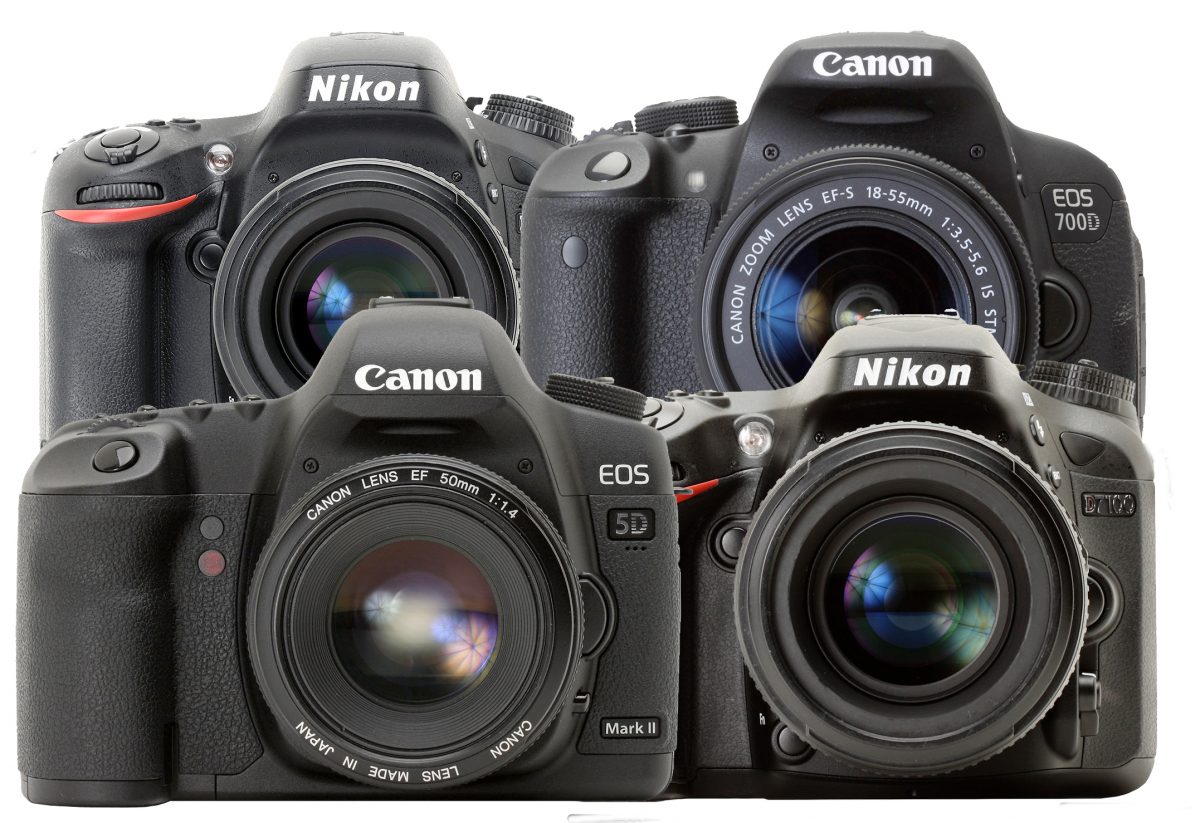 Here’s a quick list of options for those looking to buy a SLR camera to get into photography, or treat themselves for being good this year by upgrading, or buying a gift for that special someone for their birthday, special day, or the next Christmas!

What brand should I choose?
I am a Nikon or Canon guy…not saying that Pentax, Sony, or Olympus make bad cameras, but I know that Nikon and Canon will always be making cameras…the others may drop their SLR’s if they aren’t profitable, and then you are stuck with useless equipment.

I will list the various models, and some info on them for comparison (price, megapixels, lens included, video features, articulated/movable viewscreen, any other notable functions) Prices are taken from www.henrys.com and are in Canadian dollars. Expect prices to drop for Black Friday and other sales until Christmas.

HOWEVER! Due to the pandemic’s effect on the industry, there appears to be a shortage of many of these cameras.

I have to break the cameras up into two levels-Consumer and Pro-sumer.

For those just getting into photography and want to photo general subjects, these are a good starting point. They are lower in price that should fit most people’s budget, and the money you save can be spent on other lenses, flashes, etc…
If you want to get into more serious photography, you can always upgrade to a more advanced body.

T SERIES:
Lots of different models. The “I” series usually have the most features and are the best cameras in the consumer line.

SL SERIES:
As far as I can tell, SL stands for SMALL and LIGHT. These cameras are the smallest SLRs Canon offers, but still have lots of good features.

Gee Noel, those Canon/Nikon models all seem to have similar megapixels and features…what’s the difference?

They are listed in order of latest release. The newer the cameras are, the newer the technology. They may have newer sensors, or faster auto focus, At this point, there is really not much difference. Almost all cameras have more than enough megapixels, great auto focus, better quality ISOs, and Wi-Fi built in.

You will notice not much difference in basic specs between the D3500/D3400/D3300…because there isn’t. The D3500 is lighter and has better battery life compared to the D3400. In general, the D5XXX series are usually a little bit better overall than the D3XXX series with a few more features.

You might still find some Canon T6 or T5/Nikon D3200 or D5400 kits for sale online, those are good cameras and can be had for a great price. If you dont care about megapixels(and frankly even 12-14 is more than enough for most people) go ahead and get the older models.

PRO-SUMER
You need a pro-sumer model camera if you shoot lots of sports, action, outdoors, as the cameras are more rugged, have faster autofocus and continuous drive. They also have TWO dials, one for shutter speed, one for aperture…a MUST as far as I am concerned!

If you want to make money shooting weddings, portraits, etc, you should have one of these models.

The D500 is Nikon’s newest and best smaller sensor SLR…but insanely pricey.
D7500 has less megapixels than the D7200, but is faster and shoots 4K video.
You may still find Nikon D7100, again, it’s a good camera that can probably be had for a good price.

These camera are FULL FRAME, meaning if you have a DX lens, it will be vignetted if you use it on this camera. So if you buy it, you will have to replace any DX lenses with FX versions.

90D is the latest and greatest, but the 80D or 70D is still a pretty great camera.
These cameras are great upgrades from the T8/T7/T6. Especially if you do a lot of flash photography, as Canon has finally wised up and made the pop up flash a COMMANDER! (so you can use it to control a flash off-camera…took em long enough…)

These cameras are FULL FRAME, meaning if you have a lens from a crop sensor canon, it will be vignetted if you use it on this camera. So if you buy it, you will have to replace those lenses with ones made for full frame

That’s just a bit of an overview of your options, for more in-depth analysis, head to www.dpreview.com.

I hope you find these tips useful!
If so, it would be awesome if you would check out my LearnPhoto365 Photography Assignment Generator Apps on the app store and the Google Play store, a unique photography app that’s meant to inspire you to take great photos!

I am a big fan of buying local when possible, for a few reasons.

1) You are supporting a local business
2) If you have any problems, the local people are usually easier to deal with. Buying from an out of province/country dealer, if there is a problem, you will most likely have to pay to ship it back to them. There could also be warranty issues if buying from another country

if you are in Saint John, Best Buy is your only option, but the staff might not be as knowledgeable as they would be in a dedicated camera store…in Fredericton, head to Harvey Studios. (Tell them Noel sent you!) or Ivan’s in Moncton.

If you want to buy online, Henrys in Toronto(also Halifax) is a great store that I’ve dealt with personally and for the Telegraph and had no issues with. Other Canadian based stores would be Vistek and The Camera Store.

Avoid buying from ebay, unless it is from a reputable dealer. I’ve seen lots of “great deals” where you seem like you are getting a whole lot of extras…but in reality, it’s a bunch of extra crap. bad lenses, crappy tripods, no name brand memory cards…not worth it.

If buying something off Kijiji or craiglist, make sure you try it out. If the seller won’t let you try it out, that’s a good warning sign…

Once you’ve bought a new camera or accessory , check out some of my photography courses so you can use it to it’s fullest potential! Check them out under the COURSE menu above, or contact Noel at noel@learnphoto365.com