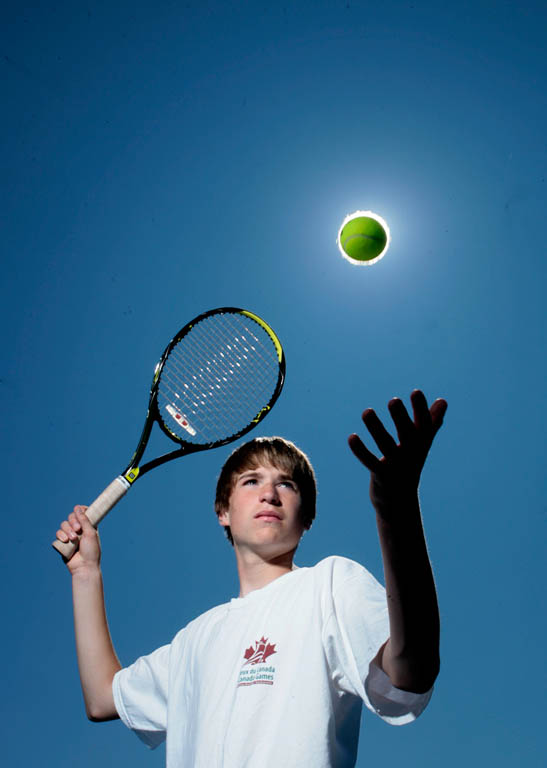 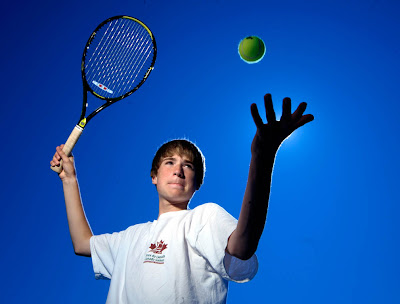 Today’s shoot is of Canada Games Tennis player Daniel Blake. Another shoot where I had an idea of the shot I wanted…the player leaping through the air, stretched out, smashing the ball… 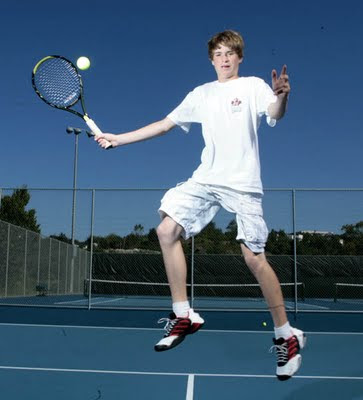 and well, just couldn’t make it work the way I envision it.
I don’t think Daniel had enough height to jump from to get the right pose I wanted-legs out in a V shape, arms out, smashing the ball with his racket, and looking at the camera. Sometimes the ball wasn’t in the right spot, or his arm wasn’t out enough, he wasn’t far enough off the ladder, or he wasn’t looking at the camera. 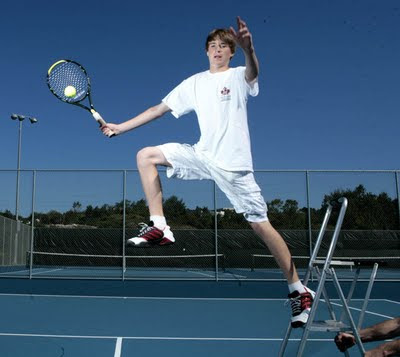 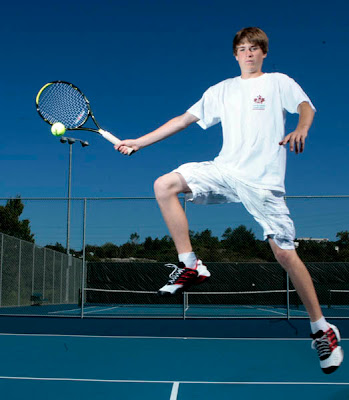 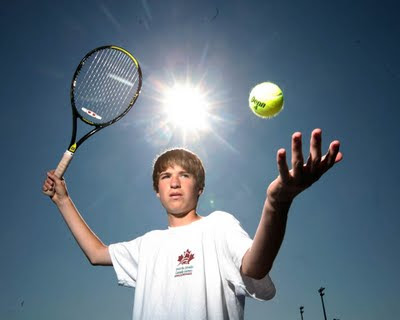 Also tried a few with the TUNGSTEN WHITE BALANCE makes everything go blue, then warm up the flash with a CTO FILTER trick. 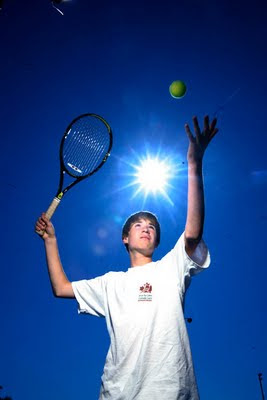 and realized that if I moved a bit over to my right, and timed it just perfect…… 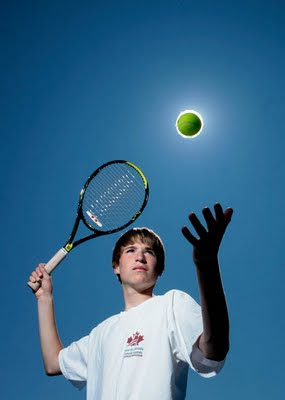 BAM! Ball over the sun. To hell with the leaping in the air shot, this was WAAAAAYYY cooler!
I love the bright halo around the ball, plus the way his arm went dark because the flash angle didn’t cover it.

And amazingly managed to get the ball over the sun again, this time with the TUNGSTEN WB/warming filter! 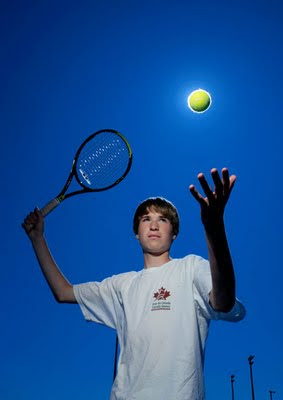 For some of the shots, the ball wasn’t over the sun, but again I got the cool starburst sunlight. 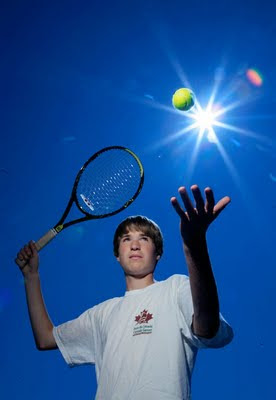 Thought I’d try some close up portraits framing Daniel with the tennis racket. 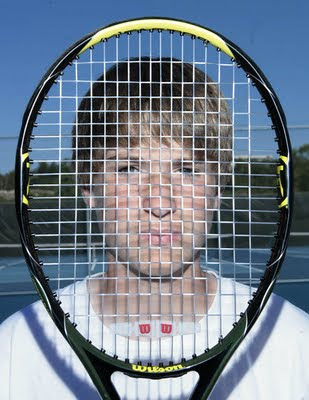 First one I had the flash firing directly through the racket, and as you can see, it projected the pattern of the strings onto his face. So then I tried one with Daniel holding the racket out farther from his body, which allowed me to position a flash so it wouldn’t be blocked by the racket. 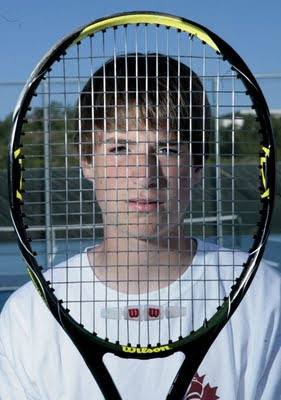 Also tried some MONSTER lighting(flash below the subject shooting up to give the un-natural shadows.) 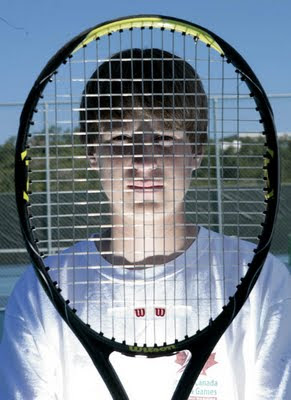 Also tried some different variations of framing with the net. 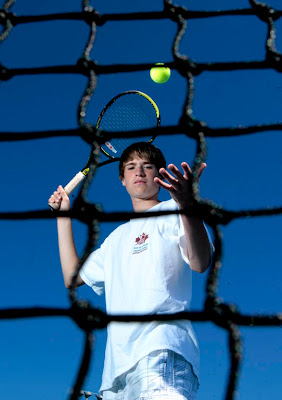 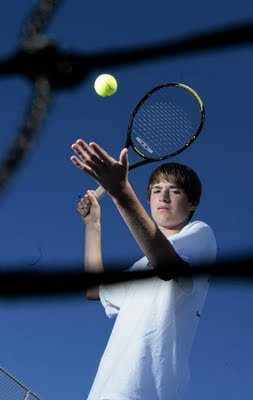 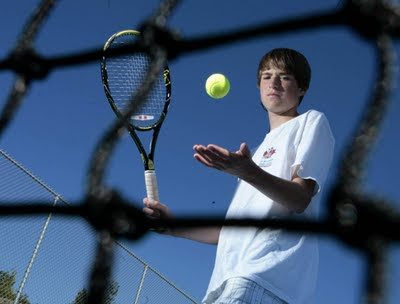 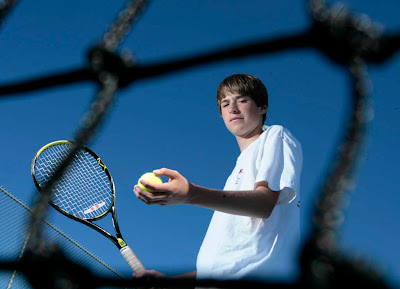 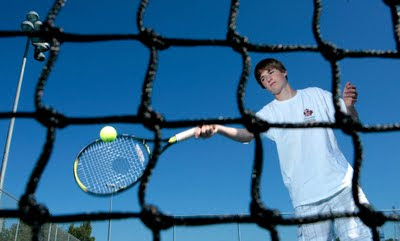 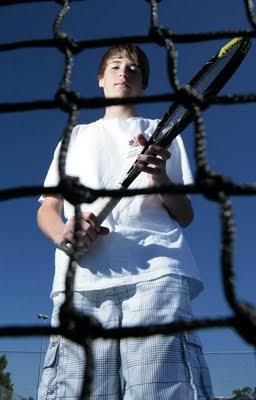 And ended with some shots of him hitting the ball. 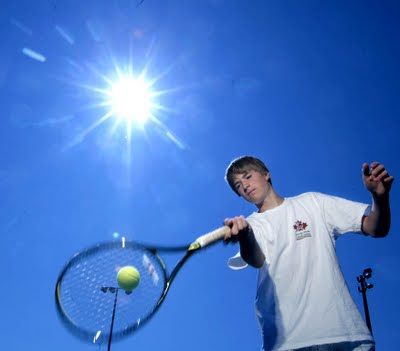 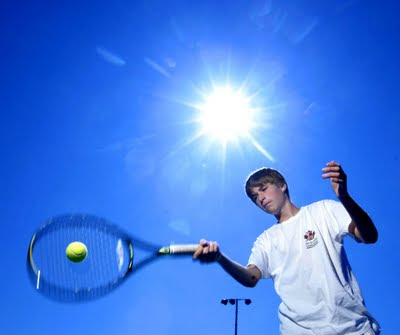 To see more in this series, head to my Canada Games Athlete Galleries on my site that contains more images from this shoot.
To see the full series of posts in the Canada Games Series, click here.
Next up….indoor men’s volleyball!