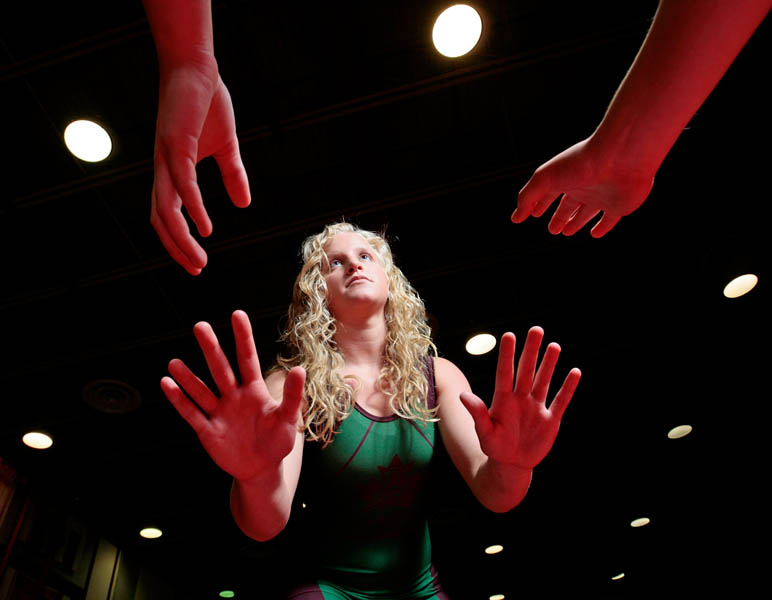 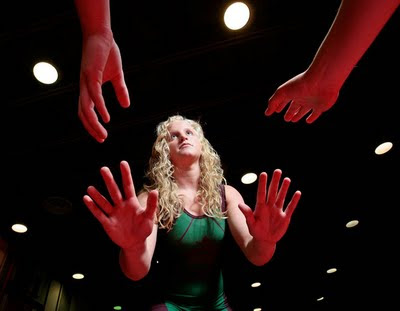 Today’s portrait is of Canada Games wrestling team member Megan Getchell. This was another indoor portrait, which as previously mentioned, can be beneficial as you have total control over the light.

I started out with some standard portraits. For these shots, I used a single flash in an umbrella, which game me a nice soft light and spread it out to cover the mat. The ambient light was really low(as in most gyms) so I was able to get the background nice and dark very easily by setting the flash to almost full power. 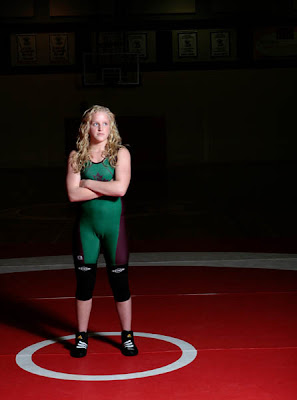 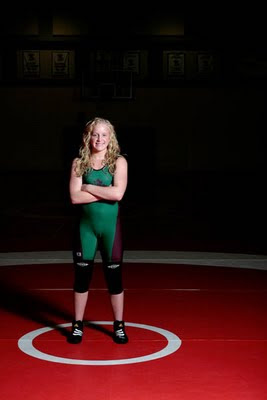 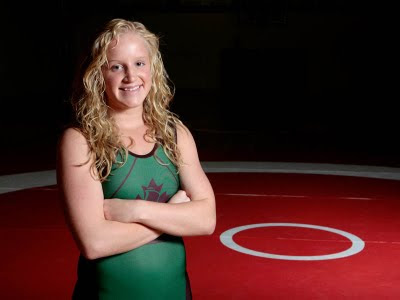 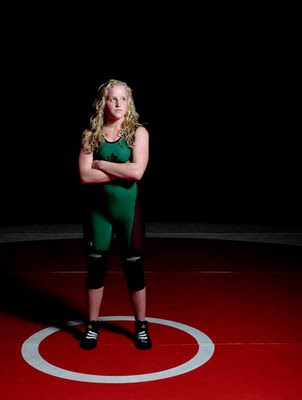 I thought one had a very tough wrestler quality to it with the pose. 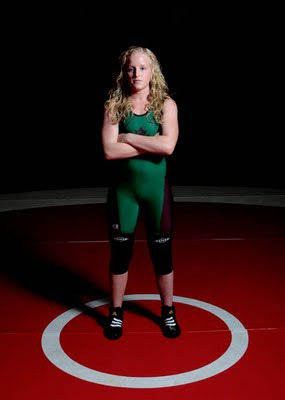 Also tried some portraits seated on the mat. 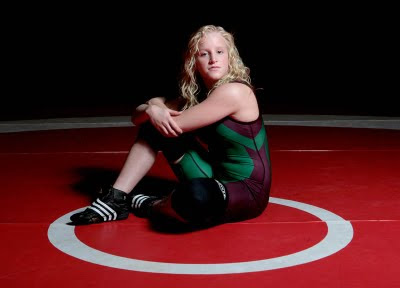 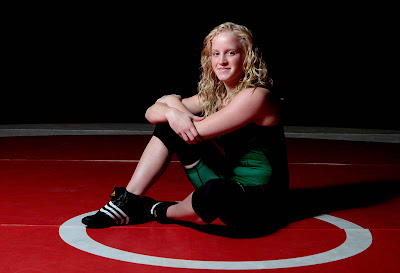 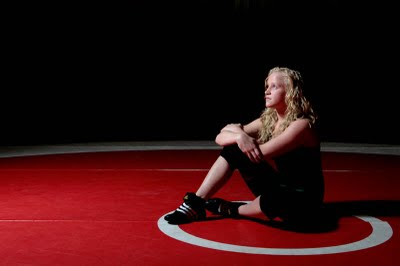 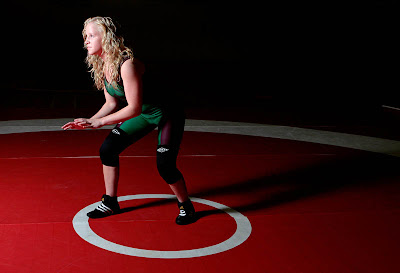 I wanted to try some shots from a lower angle with Megan in more of a wrestling pose. 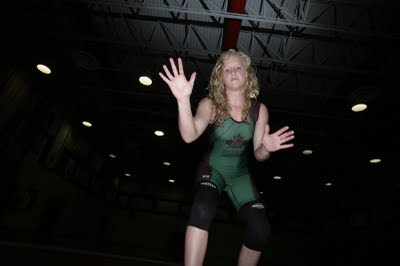 She is being lit from below with this small puck size slave flash:

It’s really handy to have in your light kit and has some power. Runs off two AA batteries, and has a built in slave to trigger it. You can buy it here. Only drawback is the optical slave doesn’t work so well outside. For a little bit more, you could buy this version, which has a sync cord attached that you could then hook up to a pocketwizard.

In the image above, I also had a flash behind her shooting up into the ceiling to see what it would look like…didn’t really like it, so I ditched the flash and just went with the from below light, which I liked better with all the ceiling lights becoming spots. 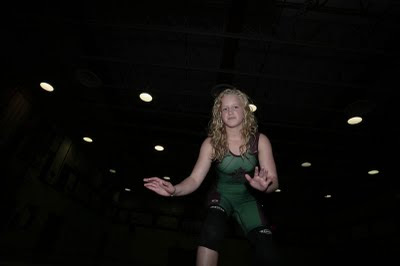 I wanted to try to get more of a natural shot, so I had her teammate come over and pretend to grapple with Megan. I made sure to only get her arms, which provided a great framing element. 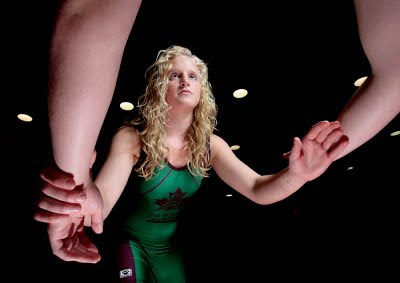 I liked the shots lit with the puck, then I also tried some with the flash in the umbrella to the right of the subject and coming down from a 45 degree angle. 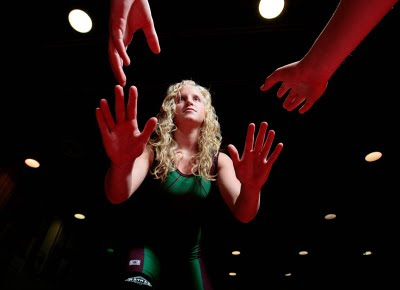 Really liked that light, especially with the red reflecting off the mat. 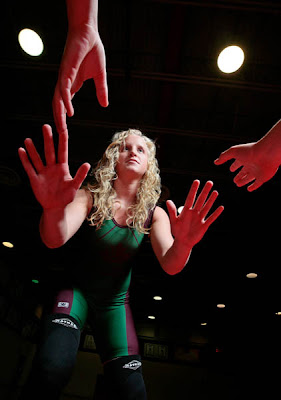 Didn’t have my assistant Tanner with me on the weekend, but the coach of the Rothesay High School wrestling team, Keith Shaw, was happy to stand in for me. Big thanks to him for setting up the mat for us and making arrangements to let us in the school! 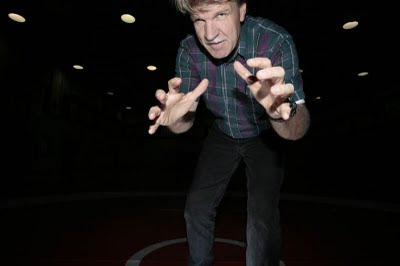 To see more in this series, head to my Canada Games Athlete Galleries on my site that contains more images from this shoot.
To see the full series of posts in the Canada Games Series, click here.
Next up….i think rowing…